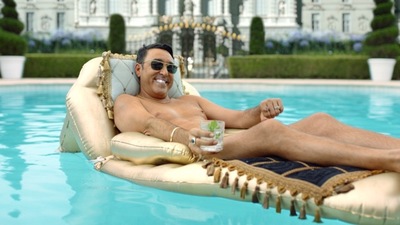 The new campaign aims to communicate HCF's not-for-profit status and the proposition that 'your health shouldn't be for profit', differentiating the health fund from the other large players in the market.

The new creative will feature on TV and digital in 30", 15" and 6" formats as well as outdoor and radio, bringing to life the idea that profits are used to support members rather than shareholders.

This is the first new creative from HCF since May last year, when the brand launched 'Imagine a world where health comes first'. The 'Profit hungry' creative is the first time HCF has stepped away from the 'Health Comes First' platform from the brand relaunch in May 2016, and recognises the evolution of the brand during this time.

Says Danny Saksida, chief officer - business growth: "The new creative marks an important step in the evolution of the brand since the relaunch almost two years ago. Having consolidated our brand position as the health fund that puts your health first, it is time to make our not-for-profit status meaningful to consumers.

"The 'Profit Hungry' campaign demonstrates how we use our profits to benefit our members. We are a unique major player in the health fund landscape. Being not-for-profit means that we don't answer to shareholders, we answer to our members and they are our focus. We believe that your health should not be for profit."