Have Yourself a Jelly Christmas with Jelly London's Festive Film Competition

Awards and Events 171 Add to collection 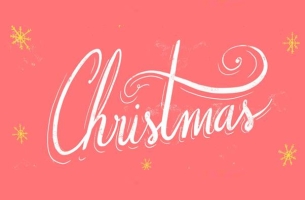 With that in mind, jelly London has teamed up with in-house animation team jelly Kitchen & FELT Music to run a Christmas competition of epic proportions to celebrate everyone’s favourite festive films! (As well as the release of Star Wars VII: The Force Awakens, obvs!)

Not only will jelly be giving away two spectacular prizes to one lucky winner, but they'll also be sharing a unique collection of joyful & triumphant collaborations between some of jelly’s most talented artists & directors.

From Monday 7th December, the company will begin releasing seven beautifully crafted, animated Christmas film quotes, created by six of jelly’s finest type artists & illustrators. Two quotes will be released per day across jelly's social media channels, with the last quote being shared on Thursday 10th December. Once they have all been revealed, participants will be able to head over to the jelly blog to see the full animation (with music courtesy of FELT) and enter the competition to guess which movies all seven quotes originate from.

The prize for guessing all seven Christmas film quotes correctly will include a year’s subscription to Creative Review, as well as a limited edition custom Star Wars print by jelly’s very own Melvin Galapon; to celebrate the release of Star Wars VII: The Force Awakens. Entries close Friday 18th December. The winner will be picked at random and contacted via email.