Have You Seen These Penguins Zip Wiring Through London? 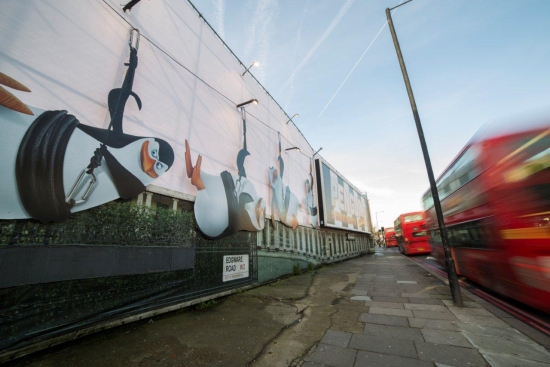 Film studio 20th Century Fox have launched a bespoke new outdoor campaign for their upcoming animated family movie Penguins of Madagascar. Outdoor activity for the film, which is a spinoff of the wildly successful Madagascar series, includes a major installation at Edgware Road in London featuring characters from the film zip wiring between two Clear Channel billboards.

The installation joins a range of standout outdoor activity being planned and deployed across the country by Posterscope and Vizeum, based on creative adapted by Hoo Ha LTD. The campaign includes static ads across buses and 96 sheet billboards, and digital activity across Waterloo Motion, JCDecaux’s network of digital screens, Transvision and digital escalator panels. Interactive Clear Channel Adshel Live digital posters have also been deployed across the country, which will enable fans to take their photos with characters from the film and share them online via social media. 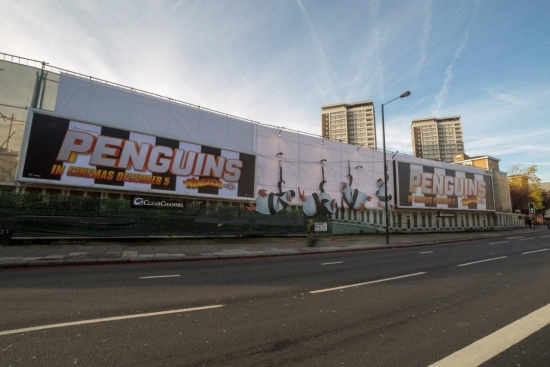 Penguins of Madagascar is directed by Simon J. Smith, director of Bee Movie, and Eric Darnell, director of the Madagascar films. Benedict Cumberbatch, John Malkovich and Ken Jeong are among the voices featured in the film. To date, the three films in the Madagascar series have grossed more than $1.8 billion globally, with Madagascar 3: Europe's Most Wanted, taking in $747 million worldwide when it was released in 2012. 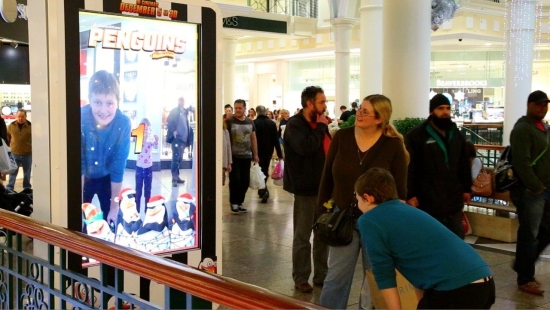 Leia Reuter, Business Director at Posterscope, said: “Penguins of Madagascar is the latest in the family of the brilliantly entertaining Madagascar films, and is set to be a smash hit with both kids and parents this Christmas. We needed to create a campaign that captured both the fun and cheeky spirit of the film’s characters, in a way that would help get the whole family involved. The special build across Edgware Road provides a completely unique experience that families can’t get anywhere else, while the interactive posters help the whole household to share their fun times.”

“The campaign reflects a growing interest from brands in commissioning special builds and building experiential elements as part of their outdoor campaigns. Brands are coming around to the fact that outdoor media is about creating a lasting impression, and that by providing people with a unique shareable experience, you ensure that’s exactly what you give them.” 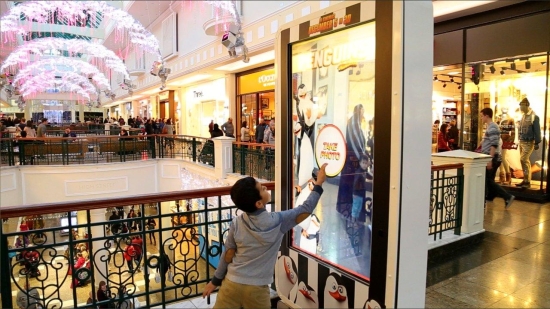