Have You Heard an A-MNEMONIC Tune 'This Morning'? 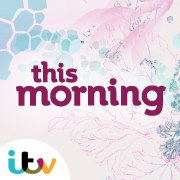 A-MNEMONIC have completed a commission to refresh the Theme Music of the long running ITV morning show, “This Morning”. The show has been running since October 1988 and has won eight National Television Awards in its 15 years including this year’s award for Best Daytime Programme. The Music arrangers for the new Titles are Stuart Hancock and Toby Jarvis.

A-MNEMONIC were commissioned to refresh and modernise the titles, end titles, stings and FX for the show that runs for an hour and forty minutes every weekday. The graphics were created by Phil Hurrell at Coffee and TV. The refresh airs for the first time on Monday 2nd September 2013. Toby Jarvis, Creative Director at A-MNEMONIC said “Its wonderful for a new agency to win a commission of this stature so early. We’re delighted to be associated with a television show that has moved with the times and remained relevant and popular with television viewers for 15 years.

"We wish the show every success and look forward to watching it continue to develop and break boundaries”.

Phillip Schofield and former X-Factor presenter, Holly Willoughby, host the show from Monday to Thursday. On Fridays the real-life husband and wife team of Eamonn Holmes and Ruth Langsford take over the sofa. Creative Director of A-Mnemonic, Toby Jarvis was delighted to reconnect with Schofield having previously composed the theme for his Schofield’s Quest show.

For more info about the show: www.itv.com/thismorning

video
Have you heard an A-MNEMONIC tune this morning?
view more - Creative