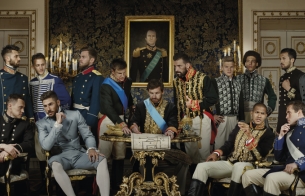 The Nike-sponsored team reigned supreme in 2014-15, winning their fifth Russian league championship to secure an added star to their jersey, joining Russian footballing royalty as the only team outside Moscow to earn this honour.

Taking inspiration from the team, which hails from the former capital of Russia, W+K Amsterdam created a series of images that capture Zenit's ascension to the football throne. The group shot, released over the weekend, positions the team as 19th Century Russian aristocracy, with the players shown planning the strategy for their next onslaught on the championship. A regal announcement was written to accompany the image with the endline: ‘Reign Supreme’. 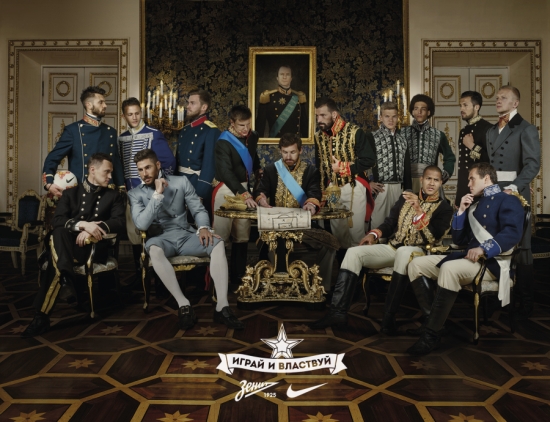 The work was shot in St Petersburg by renowned fashion photographer Tim Bret Day, days before the last game of the season. The upper class interiors are the appropriately named Blue Room of the Yusupov Palace, a historical and cultural monument rightfully acclaimed as an ‘encyclopedia’ of St. Petersburg aristocratic interiors.

David Smith, W+K Amsterdam Creative Director, says: “Zenit are the new rulers of Russian football. And St Petersburg is the old royal capital of Russia. So it seemed appropriate to draw on that tradition to create the ultimate team photo for the club. Long may the house of Zenit rule!

The team photo launched on Saturday 30 May via social, digital and print executions, with further individual regal portraits of star players to roll out in the coming weeks.