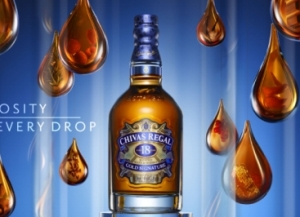 Chivas Regal has launched a new global campaign highlighting the many flavours of its 18 Year Old Scotch whisky, Chivas 18.

Beautifully crafted hand-blown amber glass droplets were specially created to bring to life the complexity of the Chivas 18 blend, which has 85 flavour notes in every drop including cinnamon, honey, lavender and raspberry.

The campaign, which is created by Havas Worldwide London, spans online, social media channels, including Instagram, as well as print and outdoor. The online films and print imagery showcase a stunning composition of glass drops, each containing a different flavour note and suspended in mid-air around a bottle of Chivas 18.

World renowned glass artist Peter Layton was commissioned to design and create the hand-blown amber drops, capturing the multi-faceted nature of the blend. The photographer on the campaign was acclaimed artist Dan Tobin Smith.

The campaign will be supported by an online ‘beauty’ film showing how the droplets were made and the craftsmanship behind the campaign; a ‘behind the scenes’ film including interviews; and three other short films running on the brand’s Instagram channel.

The campaign will break this week and will run in key markets around the world, including the France, China, and Colombia. 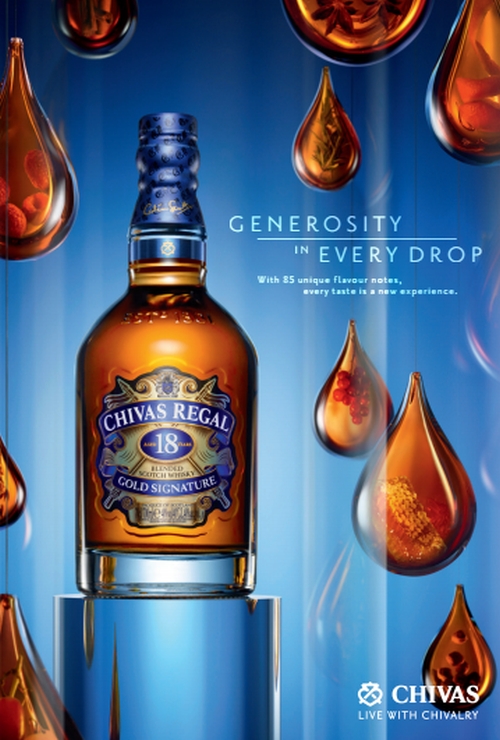 Laura Hanratty, Chivas global marketing manager, said: “We wanted this campaign to have a strong craftsmanship story to celebrate the complexity and excellence of Chivas 18. I believe the result is better than we could have hoped; impactful, stylish and beautiful, while still conveying the strong product story and flavour message. It’s a great result.”

Andre Moreira, creative director at Havas Worldwide London said: “Each drop of Chivas 18 is a blending masterpiece. So we made sure every single drop featured in the work was individually created. It was an extremely challenging process, but in Peter Layton, Peter Smith and Dan Tobin Smith we also had the best craftsmen in the industry working with us.”

The campaign was inspired by the brand’s recent collaboration with the luxury Italian automobile design firm Pininfarina, for which Pininfarina created a patented drop shape for Chivas 18.