Ann Bouthillier has been promoted to CEO of Havas Worldwide Canada 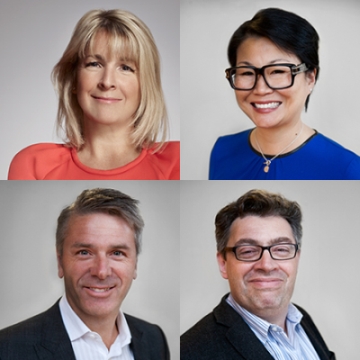 An established leader within the Havas Worldwide network since 2005, Ann Bouthillier was formerly the CEO of PALM + HAVAS and has been a key driver of growth for the agency in Canada. Under her direction, the agency has won numerous national and international awards, including W3 Awards, WebAwards, Golden Awards of Montreux and Cannes Lions. Her promotion to CEO of Havas Worldwide Canada brings her guidance and oversight to all operations across the Toronto and Montreal offices.

Working alongside her will be Helen Pak, formerly the Global Creative Strategist at Facebook Canada. At Facebook, Helen led the organization’s Creative Shop in Canada, working with the world’s largest brands across all verticals. Prior to Facebook, Helen was Executive Creative Director at Saatchi & Saatchi Canada, where she had tremendous success in transforming the agency; her leadership helped the agency win the coveted Advertising and Design Club of Canada’s Agency of the Year award in 2014. She also brings more than 15 years of experience working at multiple top-tier agencies in Canada, including TAXI, Ogilvy and JWT, and previously StrawberryFrog in Amsterdam.