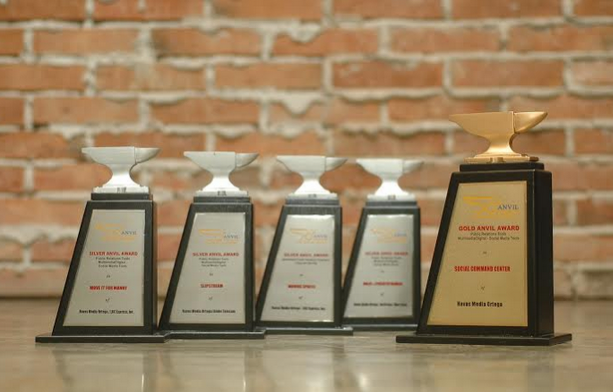 The Anvil Awards is the most prestigious honour conferred on outstanding public relations achievements in the country and is conducted annually by the Public Relations Society of the Philippines (PRSP). To commemorate its 50th year, the Anvil Awards Gold ceremony celebrated excellent and innovative accomplishments across all channels used in public relations.

HVMO Group won the Gold Anvil for its in-house product, the HVMO Social Hive Command Center a digital PR tool that maximises the potential of social media during events. This tool enables brands to create real time connection to audiences on-ground and online on a more meaningful level.

Commenting on the win, Kankan Ramos-Lim, HVMO executive director of social marketing, said: “Our HVMO Social Hive Command Center was designed to exponentially expand the reach of our events beyond the live audience. Think of it as an online stadium that is an extension of a live event, with unlimited seating capacity.”

“For our Globe Slipstream activity, we achieved a 32X Multiplier Effect,” she added.

Globe Telecom won a Silver Anvil for Slipstream: “See Fast, Hear Fast, and Be Fast” campaign. This event was a celebration of speed and the launch of the telco’s 4G network. Slipstream generated an astounding number of 2.24 billion impressions online and to date the event is acknowledged as the biggest Globe campaign in terms of impressions.

Max’s Restaurant bagged a Silver Anvil for the brand’s “Puso To The Max” campaign, which initiated online support for the Philippine National Basketball Team. Leveraging the hashtag #PusoToTheMax, the brand was able to drive wholehearted support and lead the cheer of Filipinos worldwide. This support was seen throughout the entire journey of Gilas Pilipinas to the 2014 FIBA World Cup held in Seville, Spain.

Arena Media won two Silver Anvil awards for the team’s conception of successful LBC campaigns. For the Public Relations Program category, the brand was awarded a Silver Anvil for “LBC Moving Spaces” the brand’s re-launch campaign. This campaign established LBC as a Filipino Heritage brand that moved lives, businesses and communities with every package delivered. For the Public Relations Tool category, the Silver Anvil was awarded to
the “Move It For Manny” campaign, which mobilised online support for Manny Pacquiao’s fight for the WBO title.

Jos Ortega, Chairman and CEO of Havas Media Ortega said: “Stories. Experiences. Meaning. That is what the Havas Media Ortega Group is all about. These awards are simply a manifestation of the meaningful conversations that we are having with our communities.”