Tom joins from The Tomorrow Group of which he was founder 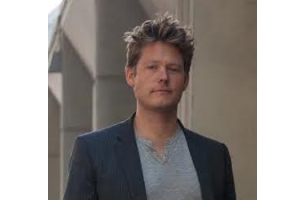 Havas Media N.A. has hired Tom Goodwin as SVP Strategy & Innovation. Tom comes to Havas Media from The Tomorrow Group, of which he was the founder and served as the director of the agency. In this newly created role at Havas Media N.A., Tom will be working alongside chief strategy and development officer, Greg James, to guide high-level strategy and content efforts.

Prior to founding Tomorrow, Tom served as director, partner development, at IPG Media Lab, and before that, Tom led new business development and strategy for companies including HUGE Inc. and Lowe Worldwide, holding global roles based in the U.K. and U.S. A passionate futurist and technology trend forecaster, Tom is responsible for the Western world’s first QR code-based campaign, developed the first interactive digital outdoor ad and marketed the world's first mobile app while working on the global Nokia account. Later at Tomorrow he invented the pull to refresh mobile ad unit.

Tom Goodwin commented: “The advertising industry is in the midst of incredible change. I’ve felt that enormous opportunities were there to reimagine advertising for the future, but few were doing so. I set up Tomorrow to take advantage of what new technology could mean for advertising but, when I met with Havas, we had a meeting of the minds. I can’t wait to propel their brands into the future and take hold of the exciting new possibilities that emerge each day.”

Greg James, Chief Strategy and Development Officer, Havas Media North America said: "We're excited to have Tom on board at Havas Media this year - he brings a wealth of great experience and will be infusing all our client plans with a fresh perspective on where we are as an industry and where we're heading. He'll be tasked with bringing new perspectives to our clients as we help them innovate for tomorrow."