New role will focus on driving creativity and collaboration 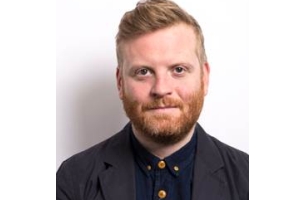 Havas Media Group UK has appointed Nick Wright to the newly created role of Group Creative Director. The news marks a promotion from his current role as Head of Creative for Havas Sports & Entertainment.

Nick’s immediate focus will be on the implementation and construction of an entirely new, creatively-driven team, in which he will work into Group Chief Strategy Officer Graeme Douglas, and will be tasked with driving creativity and collaboration across the group.

Nick will be instrumental in creating integrated solutions for new and existing clients and will be active in key global and local pitches for the entire group.  He will work across O2, Barclays, Nationwide, Pernod Ricard, Nandos and Eurostar and will play a key role in new business pitches.

Prior to Havas Media Group, Nick spent seven years as Partner at Creative Communications agency, Amplify. He played a key role in growing the agency to a team of 50 and securing wins with PlayStation, San Miguel, Heinkeken, Converse & Red Bull.

Nick Wright said, “I am truly excited to take up this new position as Group Creative Director. The idea of ‘creativity’ within a media agency may to some feel incongruous but in fact, with the way technology and media has changed our world so rapidly, I believe that now this is its natural home. The creation of this role is a reflection of both this shift and also HMG’s continued dedication to deliver best in class strategy and innovation for our clients, new and existing, across the group.”

Graeme Douglas, CSO, Havas Media Group, commented: “For too long the role of ‘the Creative’ has been the exclusive domain of the Creative Agency. This notion is dead. Nick is the ideal person to lead our relentless pursuit of excellence in creative thinking that goes beyond what brands say but into how brands behave, regardless of platform or media channel”.