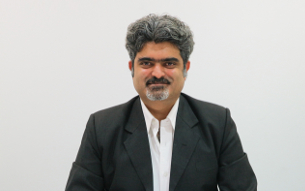 Havas Media Group announces the promotion of Anwesh Bose, the current Managing Director of the agency, to CEO role for Indonesia. Anwesh takes over from SK Biswas, who will leave the group in early October after serving in several regional and country level roles.

A media planning and investment expert with two decades of experience, Anwesh has a proven track record in integrated marketing. He joined Havas Media at the beginning of 2014 and has previously worked with DDB Mudramax (an Omnicom Group agency) India as Senior Vice President, where he was heading the agency’s operations for North & East India and was also serving as the national head of digital.

Prior to that, he was the Chief Growth Officer of Dentsu Media in India. Commenting on the promotion, Vishnu Mohan, CEO of Havas Media, Asia Pacific, said: "I would like to thank Biswas for his contribution to our regional and Indonesia operations and wish him the very best for his future endeavours. He has helped build a very strong platform for the group in Indonesia that forms a great foundation for fast tracking growth in the new economy. Anwesh's prior experience and success in both India and Indonesia makes him a natural choice for the leadership role and I am certain that under his watch we will further consolidate and strengthen our foothold in this very important market."

Havas Media Indonesia is counted amongst the top media agencies in the country with anchor clients that include Danone, LG Electronics, Indosat Ooredoo, AXA, OLX and Garuda Airlines.

The agency was awarded Gold and Silver at Campaign Asia’s Agency of the Year awards in 2014 and 2015 respectively. It was ranked by RECMA’s 2015 report as the No.1 agency in profile and No.2 agency in scale in Indonesia.