Certified B Corporations meet the highest standards of verified social and environmental performance, transparency and accountability 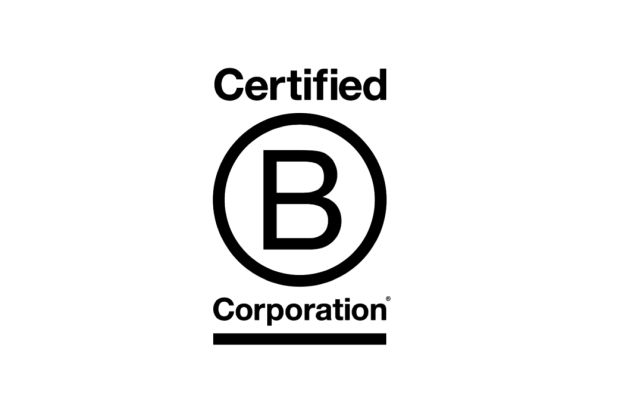 King’s Cross-based creative agency Havas London today announces its certification as a B Corporation: a business that balances purpose and profit, and one legally required to consider the impact of its decisions on employees, customers, suppliers, its community and the environment.

It is the first major advertising agency in the world to achieve the certification, and joins a prestigious global movement of certified B Corps – spanning 60 countries across 150 industries – which have been recognised as pioneering companies using business as a force for good.

To certify, the agency had to meet rigorous standards of accountability, transparency and social and environmental performance, as well as legally enshrining ‘triple bottom line’ principles into its Articles of Association – placing impact on people and planet alongside profit in any decision taken by its management team.

The agency – which was introduced to B Corp by long-time client and B Corp certified business Ella’s Kitchen and its CEO, Mark Cuddigan – began working towards certification in 2016. In the two years since, it has committed itself to reaching the standards required by B Corp, as demonstrated by initiatives including:

· Establishing HKX Roots: a dedicated, building-wide team of volunteers committed to reducing the environmental footprint of the organisation’s operations and promoting a harmonious and healthy working environment that supports employees’ growth and development.

· Reducing its carbon footprint by 6% per person, residual waste consumption by 27% per person and single-use plastic by 90% in its café, increasing recycling and composting by 16%, and sending zero waste to landfill.

· Partnering with the Creative Mentor Network to specifically help young people from diverse backgrounds get into the creative industries. The charity is now based at Havas’ offices.

· Creating a building-wide team of mental health ambassadors – trained by charity Rethink – to offer support to those experiencing challenges with their mental health and well-being.

· Collaborating with Urban Partners and other King’s Cross businesses on The Homework Club – providing space for local students to study after school, after research identified that many don’t have a quiet place at home in which to do so.

· Working to ensure its office is one of the greenest in the country – which includes a living sedum roof, the highest efficiency solar panels, state-of-the-art, environmentally friendly motion sensor lighting, an on-site energy centre creating clean localised heat and power and toilets flushed with rainwater. The agency’s office is now ISO 14001 (international environmental standard) certified and awarded ‘outstanding’ by BREEAM, the world’s leading assessment for the sustainability of buildings.

· 57% of the agency’s management team is comprised of either women or individuals from underrepresented populations, with equal compensation for men and women in comparable roles for both management and non-management employees.

Xavier Rees, CEO of Havas London, says: “I believe that if you run a business generating the kind of revenues that we do, you have a responsibility beyond simply maximising profit. Business can and should be a force for good – and it’s eminently possible to have a positive impact on your employees, local community and the wider world without inhibiting commercial success.

“As well as being the right thing to do, there is a substantial business benefit to B Corp. With people increasingly environmentally and socially conscious, and with global clients now expecting their suppliers to have a point of view on these issues, B Corp certification will be a key differentiator when attracting both talent and new business in an increasingly competitive environment.”

To maintain certification, companies must reassess and re-verify every three years, cementing B Corp certification as a long-term and ongoing commitment, not a one-off achievement.

Havas London joins a global group of more than 2700 certified B Corporations. This includes trailblazing companies including Ben & Jerry’s, Patagonia, Ella’s Kitchen and Kickstarter. Since it launched in the UK in 2015, 185 companies have been certified as B Corps in the country.

In February 2018, B Lab announced that B Corps that had re-certified by January 2018 had grown on average 28 times faster than the UK economy. A third (35%) of certified UK companies said they had attracted new audiences since joining the movement, while almost half (48%) reported that prospective staff has been attracted to the business specifically because it was a B Corp.

In addition to Havas London’s certification, CEO Rees has been appointed an Ambassador for B Corporations in the UK. In this role, which aims to raise awareness of B Corps in every corner of the economy, he will promote the global movement at events, share Havas London’s B Corp journey and support other companies who aspire to become B Corps themselves.

Rees adds: “I’ve spent most my career feeling that our only means of impacting society and the planet was through the work we do for our clients. But this simply isn’t the case. The campaigns we create are not our only area of impact – and when you begin to look at all the constituent parts of how you operate as a business, the sum total of everything begins to add up very quickly.

“The industry talks a good CSR game, but agencies on the whole simply don’t think about this stuff enough – and there remains a distinct lack of transparency, accountability and long-term, codified commitment. B Corp certification puts our money where our mouth is and demonstrates there is no reason why other agencies cannot commit to these same standards. I would urge more agencies to do so. Right now, B Corp certification is a competitive advantage to us – but I wish it wasn’t.”

Katie Hill, Executive Director at B Lab UK, concludes: “Advertising is a hugely influential industry, yet one underrepresented within B Corp – so we’re delighted a company with the stature of Havas London has come on-board. Its certification further reinforces the fact that it’s not just socially-orientated businesses that have the ability to be a positive force on the world.

“We’re in the midst of a fundamental shift in business’ role in society, and those that don’t begin to consider their wider impact on employees, community and the planet are those that will get left behind. Such concerns, once niche, are the new mainstream.”