Hutchinson was previously Partner & Head of Strategy at 101 London 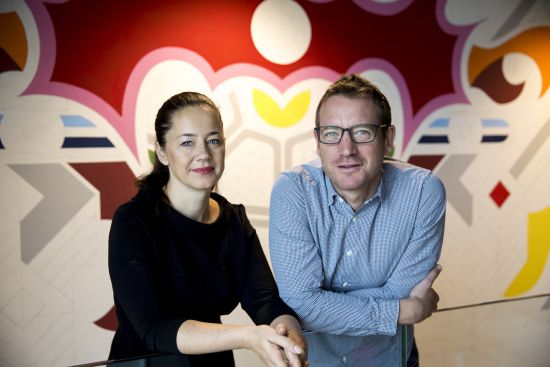 Hutchinson had been at 101 for most of its life, having joined as Senior Strategist six months after the agency was founded in 2011 before rising to Partner & Head of Strategy six months after joining. A sign of its success, the independent agency was bought by MullenLowe London in August 2017.

At Havas, Hutchinson will run a number of significant pieces of business as well as playing a key role in the agency’s ongoing new business drive.

Mark Sinnock, Havas’ European Group Chief Strategy Officer, says: “This is a very significant appointment at a significant time for Havas. We’ve been looking to make a senior strategy hire for some time, and while Havas’ new business success in 2017 has made this an ever more pressing need, we were determined to get the right person. Clare has an excellent track record in both independent start-ups and larger networked agencies, as well as the business acumen that comes from being a client. Combine this with her craft skills and a desire to do things differently, and it’s a pretty unique skill set. She’ll be a real asset, both culturally and in developing the Havas brand and the work we make.”

Clare Hutchinson adds: “I’m really excited to be joining Havas at what feels like a pivotal time for the agency. Since its move into the Havas Village in Kings Cross, there’s been a real buzz around the place. Combined with the recent merger with Vivendi, it’s an innovative and exciting proposition at a time when the model is shifting and content is king. I’m really looking forward to joining the team and being part of the next chapter. ”

Prior to joining the then-fledgling 101, Hutchinson spent a stint client-side as Head of Acquisition at BSkyB. This followed a three-year spell as Head of Strategy at WCRS and Board Director of Engine (2007-10), seven years as a strategist (and five as a board member) at AMV BBDO (2000-2007) and four years as a strategist at Duckworth Finn Grubb Waters (1997-2000). She has worked on brands including Innocent, Kettle, The Economist, Sky, BBC, Pepsi, Road Safety and Tobacco Control for the Government.