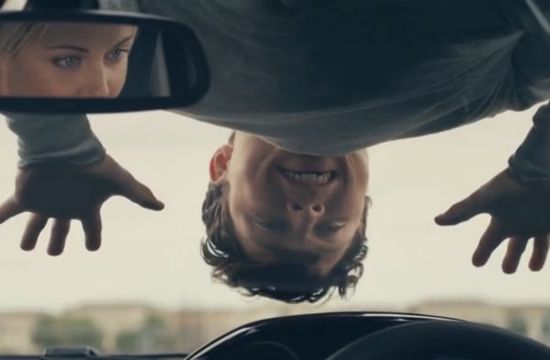 Havas EHS has launched a new digital campaign to support the launch of Peugeot’s new 2008 Crossover.

Havas EHS was briefed to create a campaign positioning the Peugeot 2008 Crossover as the go-to car for active young couples. With the strapline ‘See the city in a different light’, the digital campaign shows an everyday journey transformed into an urban adventure, and encourages drivers to get a new, exciting perspective on life in their city through the 2008 Crossover.

Consisting of a video which is currently airing on the Peugeot UK website and on the brand’s YouTube channel, a behind-the-scenes film and a 20-second YouTube pre-roll, it features freerunners Tim ‘Livewire’ Shieff and Katie McDonnall on a date with a difference. Tim, in terms of freerunning competitions won, is currently the world’s most successful parkour athlete so, unsurprisingly, pulls off some impressive stunts over the course of the ‘Carkour’ video.

Nick Crossley, (Peugeot UK Brand Advertising Manager) says ‘The Carkour campaign that Havas EHS have created is a great piece of creative that embodies the Peugeot driving experience and engages with our customers. This video harnesses the energy of the new 2008 Crossover in a dynamic and different way to show how even a typical trip through the city can be fun and exciting.’ 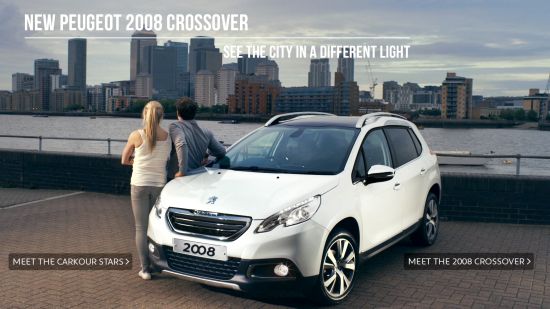 Nigel Clifton, Head of Creative at Havas EHS adds ‘The concept of Carkour allows people to see the new 2008 Crossover as it really is – a cool, exciting, fantastically driveable car. The film is a great fit for this target audience who are always on the lookout for fun, and captures the spirit of Peugeot’s brand positioning – motion and emotion.’