Havas Chicago's #PartyHardMoms Are Back for Hefty Cups 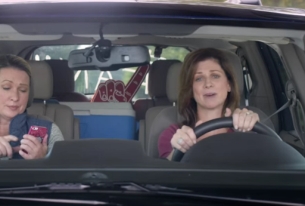 Football season, whether college or pro, is a popular party time for Hefty’s target moms, whether they are pre-gaming at the stadium or throwing game-day parties at home. So Havas Chicago has brought back Hefty's #PartyHardMoms, starring in a new online video called #Saturbaes, centered on the occasion of tailgating and promoting the brand's crack-resistant party cups.

Featuring the mom who starred in the previous campaign's 'Turnt' spot along with a gal pal, the video is showcased on Hefty’s YouTube channel, as well as the brand’s social channels. It is the first of a series of seasonally relevant online spots, including a holiday-themed one planned for later this year.