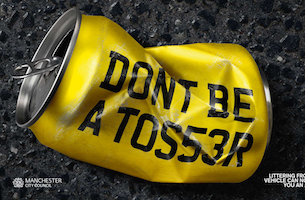 New research published by the charity today shows that a third of people (33%) do not know that the registered keeper of a vehicle can now be fined if someone in their car or van throws rubbish out of it. New rules came into force in April this year to allow local authorities to fine the registered keeper of a vehicle if litter is seen being thrown from the vehicle – meaning they no longer have to prove who threw the rubbish.

‘Don’t be a Tosser’ has been designed to send a hard-hitting message to drivers and their passengers that our roads are not one giant litter bin and that the owner of a vehicle can be fined up to £150 if rubbish is seen being thrown out of a car window. 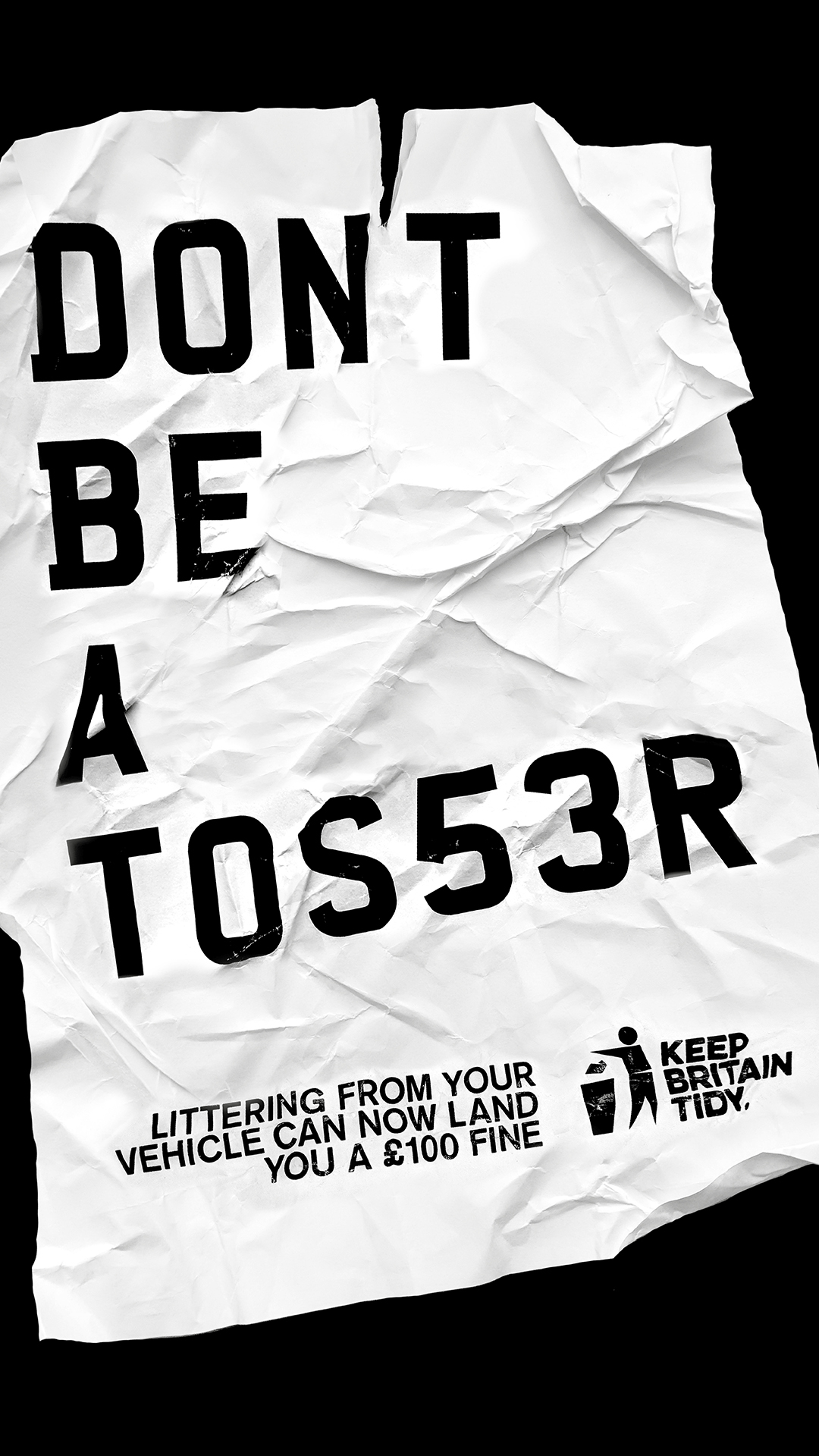 The new campaign, initially comprising posters and billboards, launches in Manchester –  which aims to become the country’s first ‘Tidy City’ by March 2019. It then rolls out across the country, thanks to Keep Britain Tidy’s partnership with out of home media owners Clear Channel, who will be running it nationally across hundreds of their Adshel Live screens.

Keep Britain Tidy Chief Executive Allison Ogden-Newton said: “The mindless act of tossing plastic bottles and fast-food wrappers out of car windows is doing damage to our environment and our wildlife.

Research published recently in Keep Britain Tidy’s Journal of Local Environmental Quality showed that millions of small mammals – voles and shrews - were dying after being enticed into bottles and cans thrown on to grass verges.

“We need to get the message out there that being a tosser is socially unacceptable and, regardless of who throws the rubbish, if it comes out of your vehicle you are responsible.” 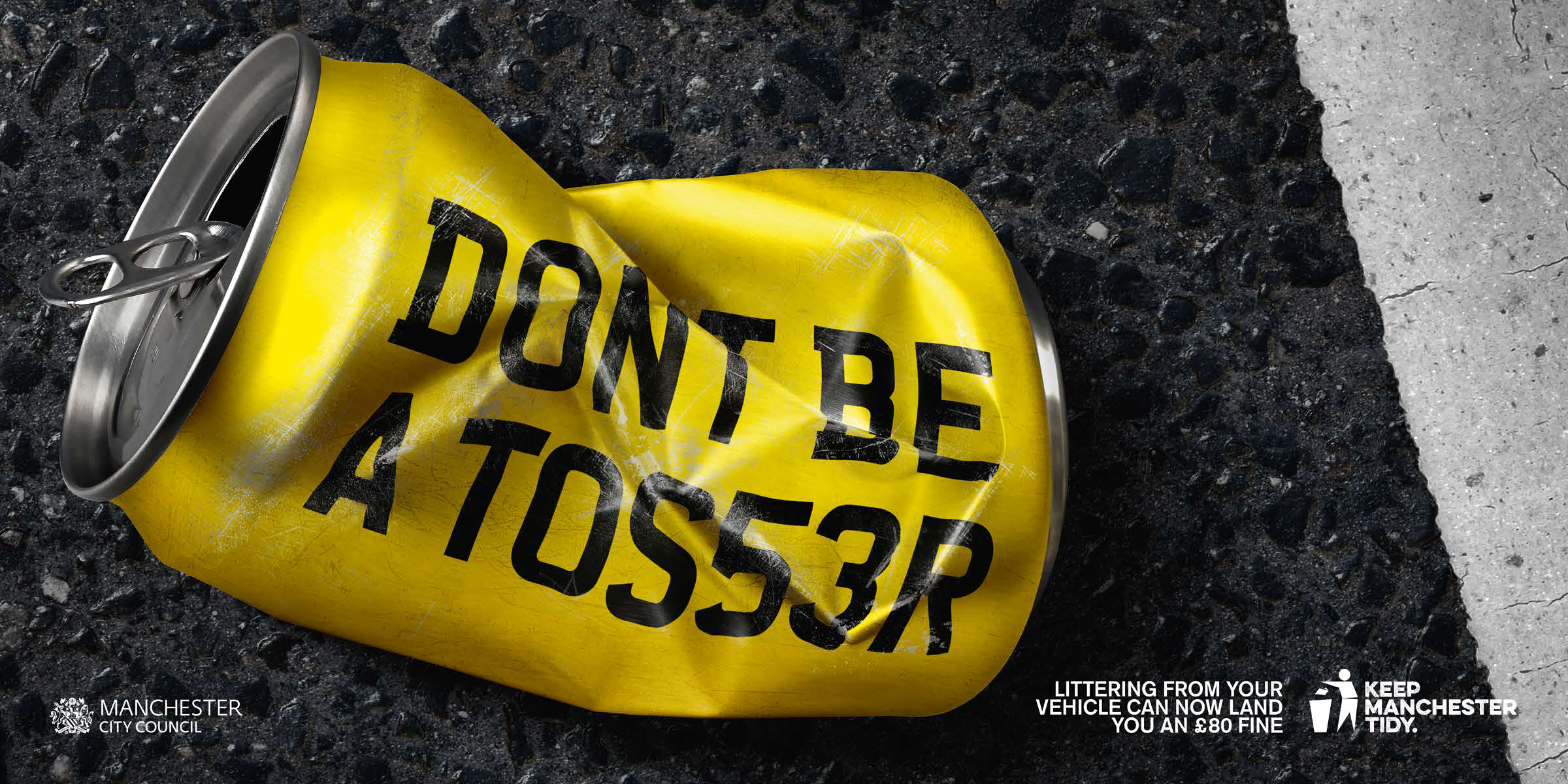 Mark Whelan, Chief Creative Officer at Havas, adds: “We love making work like this. A smart idea bought to life through head-turning copy and simple, striking, imagery. All for a good cause and plastered on billboards all over the country. We’ve got big plans for this campaign.”

Clear Channel’s Portfolio Development Director Will Ramage adds: “We’re proud to support Keep Britain Tidy’s ‘Don’t be a Tosser’ campaign. Clear Channel play an active part in hundreds of towns and cities and continually support and develop projects to improve the environments in which we operate. We’re exceptionally happy we can use our national reach to Keep Britain Tidy.”