Hate Waiting For a TV Series To Air? Imagine How the Characters Feel 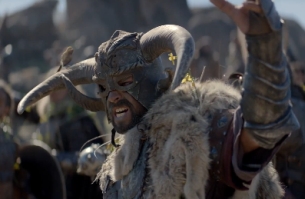 Who hasn't suffered from that unbearable waiting for the next season of your favourite series to come out?

Sadly, the French audience usually has to wait for up to a year for a series to come out on TV after their launch in the US. However, Canalsat will now be broadcasting 27 series on French TV, at the same time as they come out in the US.

To promote this, Canalsat and its agency BETC created “The Battle”, an ad that shows that you're not the only one tired of waiting...

It pictures a warrior, trapped in the middle of an epic American drama series that goes in slow motion as it's waiting to come out in France. After watching seasons change around him while he swings his morning star, the warrior decides he's had enough.

The ad, directed by Thierry Poiraud and produced through RODS, announces the French launch of Season 5 of Game of Thrones on Canalsat, simultaneously as it comes out in the US.