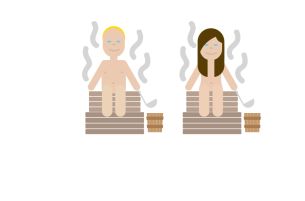 Finland is the first country in the world to release its own country-themed emoji set. The emoji calendar can be followed at xmas.finland.fi and the social media channels of ThisisFINLAND from December. Some of the emotions are represented by an internationally known Finn and some of them feature other important things associated with Finland.

“Emojis are used to communicate visually rather than verbally, and that suits Finns,” says Petra Theman, Director for Public Diplomacy at Ministry for Foreign Affairs of Finland.

The country-specific emoji idea is based on a collaborative effort between hasan communications and Ministry for Foreign Affairs of Finland. The Finlandemojis were designed by hasan & partners Art Director Bruno Leo Ribeiro who has become widely known for creating emojis of iconic bands such as KISS, Nirvana and the Beatles.

"We are so pleased to be part of such an exciting project. Finland is known by these icons, and as a foreigner who now lives in Finland I can attest that the meaning of them as communicative emotions runs deep", head of hasan communications Jennifer Paavola comments.

The entire collection of more than 30 emojis can be downloaded from app stores for free.