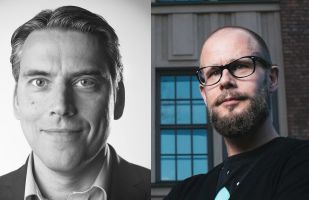 Self proclaimed “Italian soul stuck in a Finnish man’s body”, Matti Cornér, joins as chief operating officer from his role as head of operations at OMD in Finland.

Prior to this he spent four years as group client director at Carat Finland, following stints at Aller Media and Talentum Media in Helsinki.

He reports to managing director, Panu Nordlund and brings 20 years of experience working with creative and media agencies.  At hasan & partners he takes on the same role but with more creativity and client responsibilities, directing the Tallink Silja AB and Sanoma client accounts.

Matti was over the moon with the offer: “When hasan & partners call you don’t say no, positions like this don’t come round very often. After 12 years on the media agency side and five years in media houses, my work was inspired and formulated by numbers, stats and data, which is a key factor for growth. At hasan & partners I’ll harness more creativity in my work fuelled by the electric energy within these walls.”

Jukka Mannila joins as creative director from Dentsu Aegis in Finland, where he worked for three years at a group level, creating campaigns for brands like Fiskars, Iittala, Nokia, Raha-Automaattiyhdistys and Nespresso. Before that he was a senior art director at TBWA Helsinki, working as a lead creative on the agency’s biggest account Nissan Nordic.

On his appointment, Jukka said: “hasan & partners has always been the creative agency for me. Creatives come here and produce the best work of their careers and I’m excited to seize this opportunity and continue the story. The strong leadership and one-team approach has led to mind blowing campaigns like KONE Machine Conversations and Valio's documentary Lick-hiker's Guide to Inner Strength - which was just awarded at the Cannes Lions contest. These are brilliant examples of hasan & partners’ creative know-how and the doer's attitude. It’s an honour to share space, thoughts and inspiration with some of the most wonderful minds in the Nordics.”

CEO and ECD of hasan & partners Group, Eka Ruola, said: “Hiring the best people who 100% understand our philosophy is key to the growth of hasan & partners with strength and stability. That’s why we’re so honoured to welcome Matti and Jukka to the family who value the way we work and the creativity we use to meet our client’s needs.”

Hop Off the Trend Bandwagon Before It’s Too Late