Has It Been a Good Year for Advertising Across the Globe? 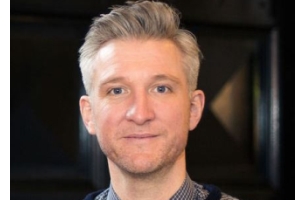 There’s every sign this year that we will see huge success for a number of campaigns that can be regarded as genuinely positive social movements. Perhaps for the first time demonstrating the true power of an engaged and motivated network (yeah, a proper social campaign). The most notable has to be the Always “Like A Girl” work which in a sea of ‘you go girl’ faux-empathetic brand statements hits a beautiful truth and feels perfectly framed for Always as a brand to challenge this ridiculous bygone insult. It’s even better that in this, the first year of the Glass Lion (that will reward work which challenges inequality or prejudice); that we will for sure have a worth winner.

The ALS Ice Bucket Challenge obviously falls into this area, so will surely pick up plaudits along the way.

From Europe, on the same trend of positive social movements, I can’t help but be impressed with Marcel’s work for Intermarché, “Inglorious Vegetables” or by it’s correct (although far less sexy) campaign moniker “les fruits et légumes moches". The campaign shines a light on the ludicrous situation of food waste – the 520 million tonnes of fruit and vegetables jettisoned each year just for the way that they look. It was a beautifully integrated campaign, but more than that, it was a social campaign that had a huge and impressive sales result. It worked because it hit a strong cultural nerve. Not just for France or even Europe but a bigger global nerve. Which leads me to my second trend…ideas that can travel.

We don’t naturally think locally or regionally at 72andSunny here in Amsterdam. We’re a very international agency representing 25 different nationalities. Consequently, we take inspiration and have interest in work from just about every corner of the globe. We love the challenge of creating culturally impactful ideas that can effectively stir a single market or region but then still feel totally sharp and relevant in just about any other part of the world.  This year there are a few great examples including Guinness’ ‘Made of Black’ or indeed, if I’m allowed to mention our own work, for Smirnoff (Double Side), originally created for East and West Africa and now moving out across the globe. I pick African campaigns because I think there is so often a misconception that ideas – particularly from this continent – can’t travel. These two I think prove that this is blatantly untrue.

It doesn’t feel like a year of crazy innovation, more a case that brands and agencies are getting comfortable with context again. What I mean is that we’re starting to find truly interesting - and not just frivolous - ways to use technology to tell brand stories. Notable for me is the work for Optus (the mobile network) in Australia, dubbed “Clever Buoy”. The idea uses the best of their network technology and the power of Google to identify sharks off the Australian coast – averting potential shark attacks and helping to preserve the shark population long-term. n. It’s a creative (and yes, once again socially positive) way of reasserting the value of a mobile network.

Since the question was about regional or local work, my second choice here has to be the Honda Type R work “The Other Side” from W+K London. This campaign is beautifully simple, just by toggling the ‘R’ button of your keyboard the viewer can flip between two YouTube films matched perfectly but telling completely different stories about the same man. It’s great storytelling using the best of the technology.

So, has it been a good year? I’m not sure it’s a stellar year, but I get the sense that there’s some amazingly effective stuff amongst the best, and that’s encouraging for the health of the industry.  The trends are encouraging too: a shift towards positive social movements, compelling work that translates across markets and a more compelling use of innovation in media and technology. So yeah, it is a good year.