Has Football Fever Spread to the U.S? We Are Social's Dan Santoro Looks to Twitter for Answers 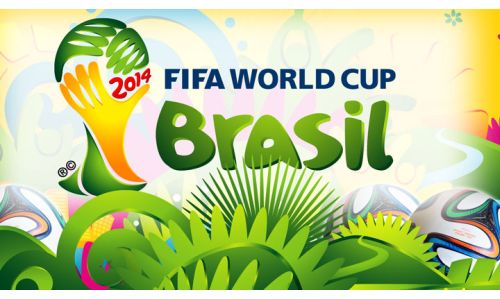 Soccer, to many people in the US, is a sport that mainly involves moms and minivans and pales in comparison to the real sports: football, basketball, baseball and NASCAR.

However, it would seem that the US is changing its mind about the beautiful game. Last night #TeamUSA took to the field for the first time in the 2014 World Cup with a patriotic and supportive nation behind them.

This of course was led by the most powerful man in the world, Barack Obama, who voiced his support with a strong battle cry prior to kick-off.

After the match, Vice President Joe Biden followed with a tweet from the USA dressing room, having been on the ground in Brazil to congratulate the national team on their victory.
Some of the USA’s biggest celebrities were also in strong voice before, during and after the game.
With such a huge number of influential people watching and commenting on the match we saw mentions on Twitter hit a high of 173,738 tweets per minute. Throughout the game there were 4.9m tweets using the game hashtag #GHAvUSA alone.
The match itself shone a positive light on what’s sometimes perceived as the boring game of soccer; everyone watching the game rode the roller-coaster of emotional highs and lows in what was an action-packed match.  You can view the world's twitter reaction throughout the game here.
Americans also took to Google to read up on the game and polish their knowledge of the rules. The top three queries were:
1. Who is John Brooks?
2. What is the fastest World Cup goal?
3. How long is a soccer game?
Searchers can be forgiven for needing to look into the winning goalscorer, a German-born defender playing for the USA for only the fifth time and for checking whether Clint Dempsey’s lightning quick first minute goal might trouble the record for the fastest in a World Cup.
Verifying the length of a match in the wake of Brooks’ winner was essential. Perhaps the team’s newest fans didn’t want to start letting the fireworks off too early.
Has the USA, as a nation, fallen in love with soccer? They’re certainly flirting with it
view more - Trends and Insight