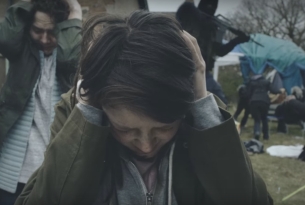 Don’t Panic has created 'Still the Most Shocking Second a Day' for international charity Save the Children, the latest creative to drive support for young refugees, as part of the charity’s global #SaveChildRefugees campaign. The online film brings the treacherous journeys of these children, forced from their homes by war and conflict to the public’s attention.

Still the Most Shocking Second a Day is a follow-up to the multi-award winning viral hit Most Shocking Second a Day, which was launched in 2014 to bring the plight of Syrian child refugees to the world’s attention. The original film shows a young British girl experiencing the effects of civil war on the streets of London, second by second. It was a reminder that just because the horror isn't happening here, it doesn't mean it isn't happening.

Still the Most Shocking Second a Day shows what has happened to the same girl since we last saw her. It sees the girl continuing her journey as a refugee, fleeing her war-torn home, and references the boat crossings that have claimed the lives of many en route.

The film has been launched through Save the Children’s own native social channels.

Joe Wade, MD and co-founder of Don’t Panic said: “. We hope that Still the Most Shocking Second a Day (link) will remind the world that these children are suffering terribly, through no fault of their own and we need to help them. Still the Most Shocking Second a Day continues where part one left off, featuring a civil war and a societal collapse in the uk. Now the girl in the story is a refugee fleeing from Britain. Our aim is to help people to empathise with refugees by creating this 'what if?' role reversal.”

Jess Crombie, deputy director of creative at Save the Children said: “Save the Children is working across Europe and around the world to help child refugees. But we can’t do that without the help and support of the public. Although our film is fiction, it’s based on the real experiences of refugees, and we hope it will remind people that behind the headlines are children, just like theirs, experiencing things no child should ever have to.

Most Shocking Second a Day was a global hit with over 52 million YouTube views in a year, with a stand-out completion rate of 91%. It has had more than 1.4million shares (YouTube and Facebook), leading to a 89% increase in subscribers to the charity’s YouTube channel.

It generated mainstream media headlines and received backing from celebrities including Ashton Kutcher and Stephen Fry. The film went on to win a string of industry accolades including a Cannes Lions Gold Cyber Lion award, a Webby award, two Lovie Awards and two silvers at the Campaign BIG Awards.