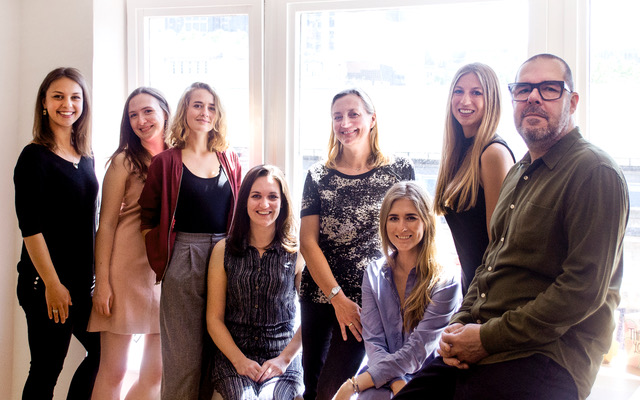 With their exceptional catalogue of modern classical and electronic music, Manners McDade has expanded their creative and international teams over the past few years. Now with the promotion of its youngest ever Managing Director, Harriet Moss, Manners McDade shows that the company continues to lead progress in the field.

Catherine Manners, founder of Manners McDade, and board member of the UK MPA, said: “I never thought I would find someone who I could trust so implicitly with my business - but Harriet Moss is an extraordinary young woman and I’m incredibly proud of her”.

Harriet’s new position builds on her previous role as Global Creative Manager, where she oversaw the company’s creative strategy across sync, A&R and creative services worldwide since 2014.

The past year has seen the release of pivotal albums by their publishing roster ‘All Melody’ by Nils Frahm (Erased Tapes) and ‘Resolve’ by Poppy Ackroyd (One Little Indian). Upcoming albums for later in 2018 are from Max Cooper, AVA (Anna Phoebe & Aisling Brouwer), and John Metcalfe.

From the beginning (founded in 2001 by Catherine Manners and Bob McDade) Manners McDade has built its reputation representing composers for Film and TV scores. Notable projects include BBC thriller Happy Valley scored by Ben Foster (Our Girl, Good Karma Hospital and Thunderbirds) and the BFI/Film4/Picturehouse Feature Doc The Confessions of Thomas Quick with music by Nainita Desai (BAFTA Breakthrough Brit 2016-17), for which she won the Siren Award for Best Original Composition: Feature Film Score at the Music & Sound Awards UK. In 2018, their agency roster continues to grow, with recent signings including Jessica Jones and Benedict Taylor, and recent TV projects such as First Dates (Miguel D’Olivera) and ITV’s Liar (Glenn Gregory & Berenice Scott of Afterhere).