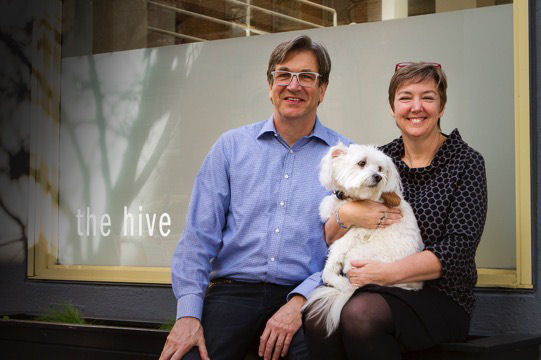 Harold Sogard, a veteran of the San Francisco advertising scene, former Vice Chairman at Adweek’s Agency of the Decade for the 2000's and most recently Chairman of Publicis & Hal Riney, has joined the boutique creative agency The Hive in the new role as President. Sogard’s arrival at the agency was announced by DeeAnn Budney, its Founder, CEO and Creative Director. Sogard joins The Hive from his one-man consultancy, which he launched after departing Publicis & Hal Riney in 2014.

He’s best known in the agency world for his 19-year tenure with Goodby Silverstein & Partners, which he joined in 1991, back when the shop had approximately 40 employees and billings of about $40 million. When he left, as Vice Chairman & Partner, the shop had over 600 employees and billings in the range of $2 billion. During this time the agency saw unprecedented growth and won every major award for creativity and effectiveness many times over.

“Harold has a reputation with industry peers as a beacon of truth,” says Budney about the move. “We couldn’t have asked for a better cultural fit. No one would’ve believed it was possible: an ad agency with truth as its primary tenet.”

Sogard admits he was fully prepared to leave advertising after his stint as Chairman of Riney, but while pondering his next move he was invited to sit on The Hive’s advisory board. The move was kismet – he connected with Budney and her team almost immediately. “Why leave the business when there’s this great place that does things the way I want to do them,” he asked.

“While The Hive has done excellent and very effective work for significant clients over the years, it remains a too-well-kept secret within the West Coast advertising community,” Sogard continues. “There are lots of clients out there who could benefit from our approach. We’re truth tellers and trust-builders, and those are the vital seeds of building long-term brand relationships with consumers.”

Beyond The Hive’s work, Sogard cites a number of assets he has to work with right off the bat. “The team here focuses on digging deep to find the authentic story to tell for our clients, and they have a passionate commitment to doing work that delivers business results,” he says. “As an independent shop, we get to work for our clients, not for holding companies. And on top of that, everyone here is not just creative but incredibly nice, too.”

Prior to joining Goodby, Sogard spent time at Hal Riney & Partners in San Francisco and Ogilvy & Mather in New York. A native of Red Wing, Minnesota, he spent the first nine years of his working life managing live productions at Broadway and Off Broadway stages as well as at regional theatres.

Current clients of The Hive include the UCSF Medical Center, Torani, Hess Wines and Bay Area Big Brothers among other marketers.