Harnessing Gaming Hours to Do Good for Dementia Research

The Influencers 421 Add to collection

Saatchi & Saatchi London International Account Director, Sam Grischotti, on what the ad industry can learn from an extraordinary project with Deutsche Telekom 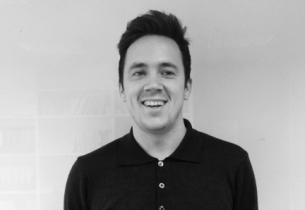 Over 18 months ago Saatchi & Saatchi London pitched an idea to harness the 3 billion hours spent gaming a week for good. Our plan was to design a mobile game that made a difference in the world. From the seed of this idea, we created Sea Hero Quest, the world’s first mobile game to help science in its fight against dementia.

Within 48 hours of the game launching, we’ve amassed over 250,000 downloads of the game and over two years’ worth of gameplay time, which is the equivalent of 200+ years of similar lab-based research data for scientists to analyse.

Presenting ambitious work to a client is always a balancing act. On the one hand you want to inspire them to do something that’s never been done before. On the other you want to make sure it’s achievable. This idea was teetering on the edge of impossible.

To succeed, we knew we needed to act unlike an ad agency. By admitting our weaknesses and holding our hands up in situations where others were better equipped to show us the way. Only if we collaborated openly and honestly by asking for help from partners across multiple disciplines would we find a way forward.

This held true throughout the process. From hiring one of the most trusted journalists in the field of medicine and science research to guide us in our search for the right partners, to bringing some of the most accomplished scientists in neural spatial awareness and applied dementia research on board from University College London and University of East Anglia.

Success rested at two ends of a complicated spectrum – designing a game that generated high quality scientific data was of equal importance to creating a casual mobile game that was fun to play.

To create something that was truly fun and addictive, we worked with the hugely talented, independent games company, GLITCHERS. Their passion and imagination helped us transform the broad brief of ‘a navigation adventure game’ into a 5-star game that one player described as “a brilliant piece of heart and mind…giving someone with a better brain than myself many hours of useful research data”.

I believe that the strength of the campaign lies not only in the game itself, but also in the story that we created around it. This wasn’t just about the gameplay; it was about convincing people that it was worth their time and attention through smart and strategic marketing.

In a truly cross-platform campaign approach, we told the back-story of the game through a short, animated film of a sea explorer and his son, and their journey through the father’s plight with dementia. This story is woven into the game itself, and extended out into in-game advertising via a playable mini-version of Sea Hero Quest placed within other games to encourage players to put down their current game and game for good instead.

Pulling off a project like this needed more than a client willing to use their infrastructure for the greater good. It needed a brand that was brave and committed to the fight against dementia because it was close to their hearts. Every step of the way Deutsche Telekom pushed us to do not what was right for them but what was right for the end objective – making a dent in dementia.

This has been a lesson in achieving the impossible through true collaboration. Each using each other in order to get the very best for the shared and common ambition.