The only way we will beat Covid-19 in the short term is to stay at home. The problem is that many people in the UK still aren’t listening. Some feel that the Government’s messaging about leaving the home for exercise and essentials has been too weak and confusing.

One of the UK’s leading creative teams, has developed a poster and social media campaign to reinforce the severity of the situation. To communicate in the most impactful way that this is not a drill.

It’s a matter of life and death. 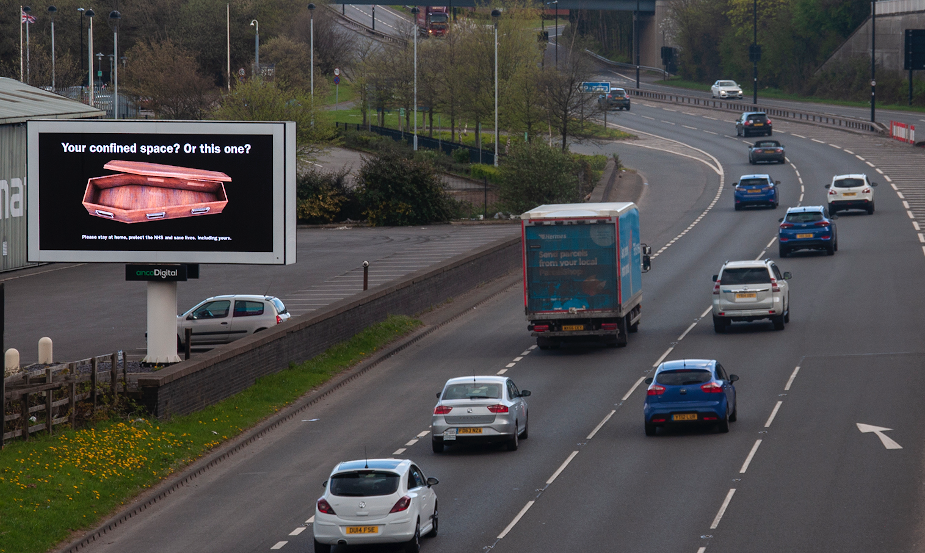 The campaign, with the generous support of independent outdoor media planning and buying specialists OOhyes, will appear from today on strategically placed poster sites across the country and run for up to four weeks. Large digital billboards include sites at Sheffield, Birmingham and Manchester, which are some of the most severely affected hotspots in the UK, according to Government statistics published today by The Guardian.