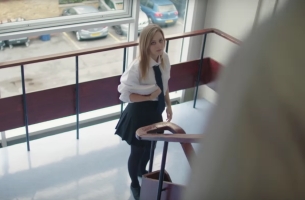 Children’s charity Plan UK is calling for greater protection for students globally as part of its flagship Because I am a Girl work. The charity vowed to act as research reveals nearly half of girls (47 per cent) flag safety concerns on the way to school.

“School should be a safe place, but for millions of girls worldwide, that’s not the case,” says Plan UK CEO, Tanya Barron. “We’re calling on the public to help us raise awareness of violence in and around school, and to support our work around the world to tackle the attitudes that allow such violence to occur. Help us ensure that every girl can learn without fear.”

Plan’s Because I am a Girl campaign has reached 58 million girls worldwide to date, including work to eradicate Female Genital Mutilation and child marriage.

Violence in school can take many forms - physical or sexual, verbal or psychological and affects girls across the globe. Gender inequality can underpin bullying and harassment, leading to school drop outs with 62 million girls currently out of education.

So pressing is the problem, the UN has enshrined gender equality in its Sustainable Development Goals. Plan provides quality education for girls and boys across Asia, Africa and Latin America.

The charity also runs workshops for boys and young men to teach them about the importance of treating girls with respect. Plan’s multi-media campaign includes hard-hitting, impact films created and produced by Marmalade Film and Media, featuring three stories of school attacks on girls.

Support for the campaign and video has been forthcoming from girls’ rights activists and advocates.

Shami Chakrabarti, Director of Liberty, said: “An education is one of the most beautiful gifts we can ever hope to receive. That this is threatened for so many by medieval attitudes to equality is one of the world’s worst human rights abuses. Plan UK is working to change the lives of millions – replacing fear with opportunity – but they can’t do it without your help.”