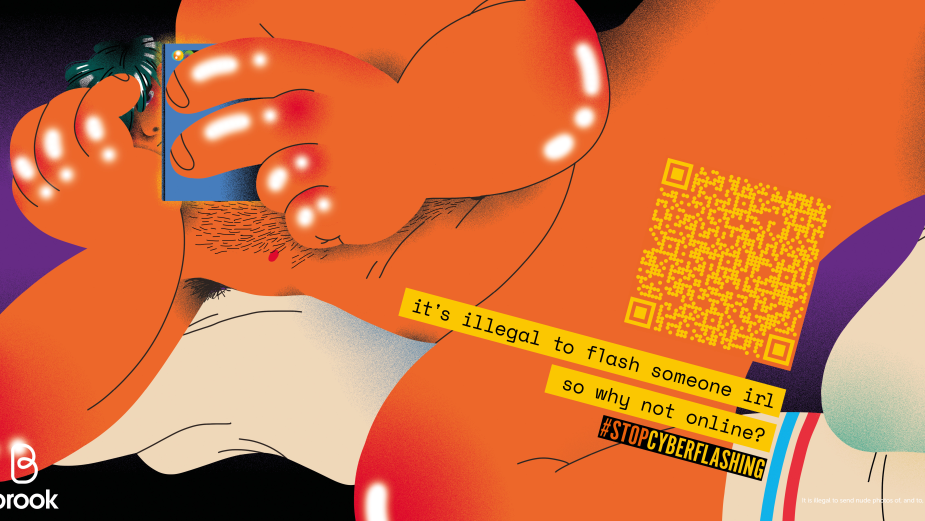 Brook, the sexual health and wellbeing charity for young people, is launching a hard-hitting new campaign by Grey London, pushing for unsolicited nudes to be made illegal.

Eye-catching illustrations of people cyberflashing will feature in adverts online and on billboards across the country with the message ‘It’s illegal to flash someone irl so why not online?’ However, the genitals themselves will be censored by a QR code, accompanied by the hashtag #STOPCYBERFLASHING.

People will be encouraged to scan the QR code with their phones – they’ll then be taken to Brook’s campaign landing page to learn more about cyberflashing, and directed to a platform allowing them to instantly tweet their MP to demand their support in banning cyberflashing. 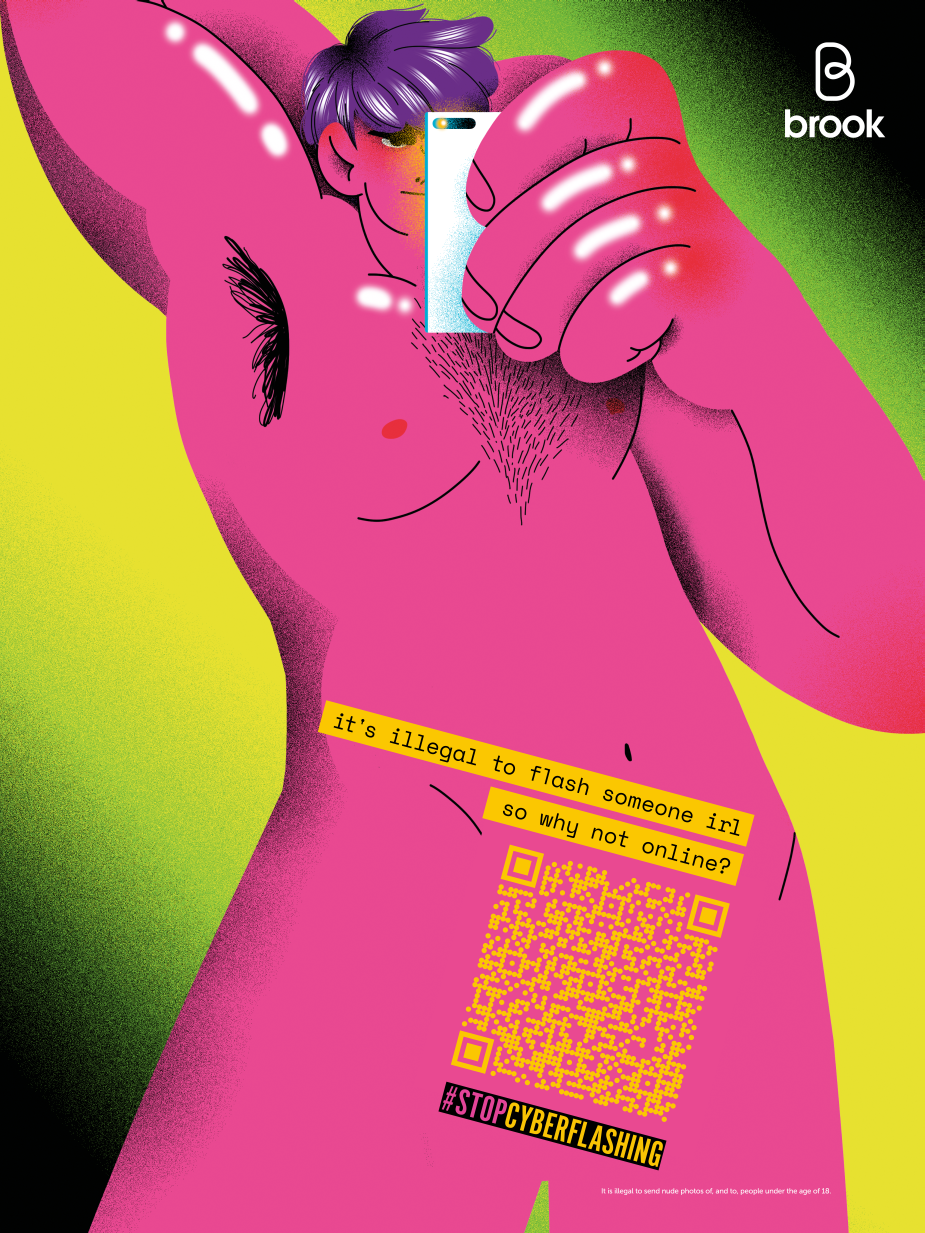 Unsolicited nudes have been invading our inboxes for long enough. Cyberflashing is not just intimidating, it’s sexual harassment which can cause untold harm and emotional distress to the victim. Yet it happens every single day - according to a 2018 YouGov poll, a shocking four in ten young women said they had been sent a photograph of a penis without having asked for one, with 46% of these women saying they were under 18 when it first happened, and 26% of 18-24 year old men have reported receiving unsolicited nudes.

With the proliferation of social media, file-sharing services and online dating apps, and increasing time spent online during the pandemic, this number can only be higher in 2021.

Way back in October 2018, the Women and Equalities Committee recommended the government introduce a law criminalising cyberflashing as a sexual offence. Then in July this year, a Law Commission review recommended that cyberflashing be made a criminal offence and said that current figures on it were just “the tip of the iceberg”. However, the government has yet to take any action on the recommendations.

Unlike public indecent exposure, cyberflashing incidents often go unreported as the attacks on individuals are often anonymous, via the likes of AirDrop and other apps. Yet cyberflashing is currently a legal grey area if you are over 18 (it is illegal for anyone to send naked images to anyone under the age of 18). Brook believes there should be no grey areas when it comes to sexual harassment and that MPs must do more to tighten the laws to send the message that it is unacceptable.  It is also calling for greater support for the victims, and better education around consent and healthy online relationships to help stop cyberflashing. 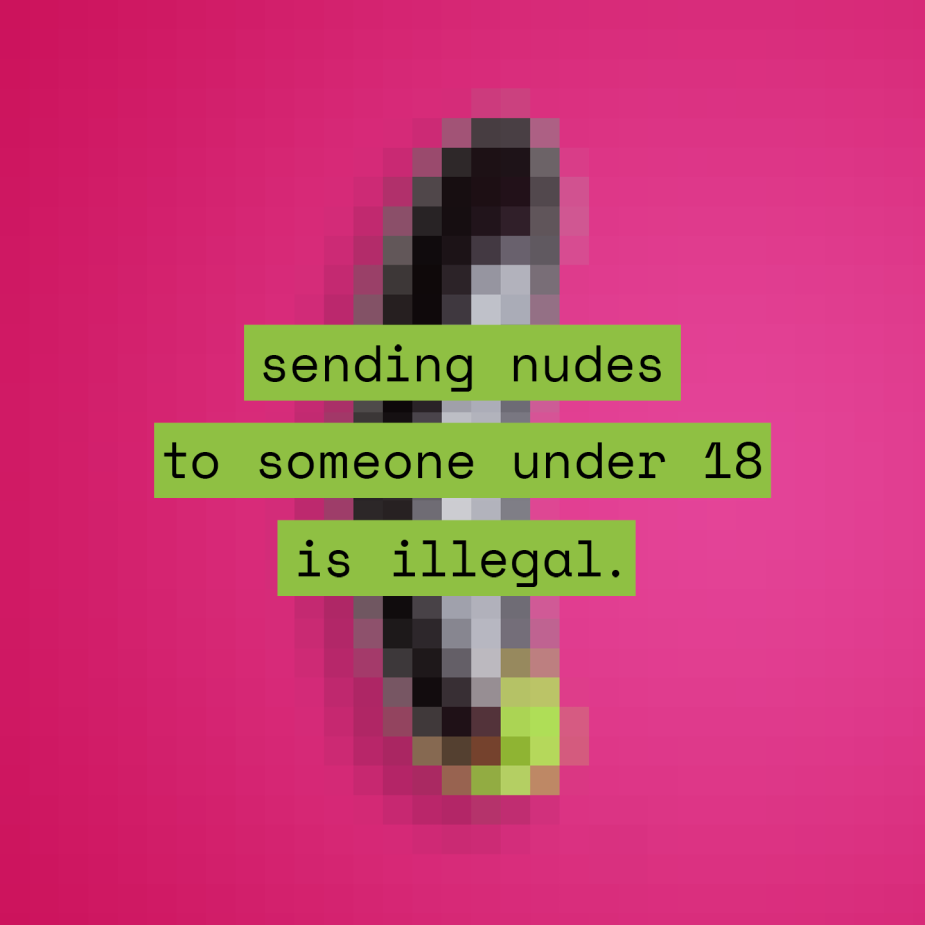 Brook already provides relationships and sex education (RSE) in schools throughout England and Wales and is using the campaign to raise awareness of the harm caused by cyberflashing to change people’s behaviour  The campaign will roll out on billboards across the country, as well as appearing online on social media and digital channels and will go live on 13th September ahead of Brook’s Sexual Health Week, the theme of which is consent.

The whole campaign has been devised proactively for Brook by advertising agency Grey London, whose clients include Carlsberg, Volvo and Pringles, and the provocative posters and online graphics have been designed by illustrator and comic book author Genie Espinosa, who works with the likes of Apple, Nike, Spotify and Vice.

Lisa Hallgarten, head of policy and public affairs at Brook, said of the campaign: “We want to challenge the misconception that cyberflashing is harmless or just a joke. Sending unsolicited images can cause distress and intimidation, and it needs to be recognised as sexual harassment. Having much clearer laws regarding cyberflashing would help reinforce the message that it is unacceptable. However, we also recognise that making something illegal doesn’t stop it from happening. People need to understand the harm that can be caused by carelessly sending these images and see that there is a real person on the receiving end. There also needs to be better understanding around consent so that everyone is equipped to develop safe, healthy relationships both online and in the real world.”

Meanwhile, Laura Jordan Bambach, president and CCO UK at Grey, explained that the #StopCyberflashing campaign was meant to shock, and added: “We’re proud to be part of this powerful campaign to drive government action and education of the harm cyberflashing causes. It has been developed by a strong team of people at Grey who have had first hand experience of this damaging and growing trend, and are passionate about changing the law, and providing access to information about how to tackle it.”