New integrated marketing campaign demonstrates that as many people die in situations where first aid could have helped saved their lives, as die from cancer 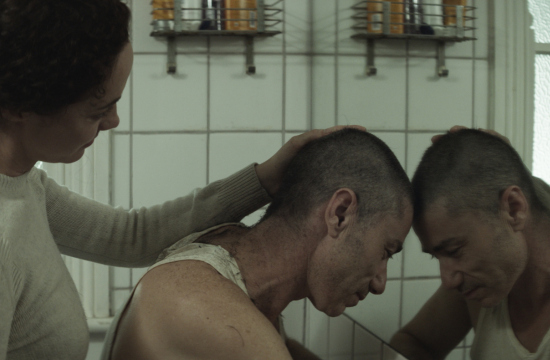 Up to 140,000 people die each year in situations where first aid could have helped save their lives. This is as many as die from cancer, according to leading first aid charity St John Ambulance*. The charity has unveiled a hard-hitting campaign, Helpless (#Helpless) to encourage more people to learn even basic first aid.
Central to the campaign is a film, created by BBH, which aired exclusively on ITV on Sunday 16 September during ITV1’s Downton Abbey. It follows the journey of a man who is diagnosed with cancer, undergoes treatment, and survives only to die as a result of choking at a family gathering because no one knows the basic first aid that could have saved his life.
The film was shot by award-winning director Benito Montorio through Blink Productions. Montorio’s distinctive style has won him countless awards for campaigns including Robinsons ‘Imagine’ and John Lewis ‘The Feeling’. Last year he directed the KFC ‘Emergency Chairs’ brand campaign, also by BBH.
Media planning and buying for the campaign has been handled by John Ayling & Associates, with St John Ambulance’s in-house team and GolinHarris collaborating on PR and social media.
Scott Jacobson, St John Ambulance’s Director of Marketing, Communications and Fundraising, said: ‘We wanted this campaign to really stun people with how needless it is for anyone to die in a situation where the most basic first aid might have saved them.
‘People know that cancer is a very serious illness and take steps to prevent it and look after loved ones who are stricken with it, so we hope that the tragedy of someone surviving cancer but then dying because he needed first aid and didn’t get it will raise awareness that a lack of first aid is just as life-threatening and will motivate people to text in for a free first aid guide.’
Matt Doman and Ian Heartfield, Creative Directors at BBH said: ‘We all know that cancer claims thousands of lives every year. The fact that the same number of lives could be lost because people don't know basic first aid is truly shocking. Hopefully the emotional impact of this film will make people want to learn the first aid skills that could be the difference between life and death.’
Martin Ledwick, Cancer Research UK’s head cancer information nurse, said: ‘Encouragingly, cancer survival rates have significantly improved over the past forty years. Research has led to better diagnosis and improved treatments, all helping to save lives. This campaign highlights that more people are surviving cancer than ever before but that accidents can happen at any time to anyone. We’re pleased to be supporting the campaign to encourage everyone to learn the first aid basics.’
To see the film visit www.sja.org.uk/helpless. The charity is urging everyone to get a free pocket-sized guide featuring first aid skills that can help in five common life-threatening situations***** by texting HELP to 80039.