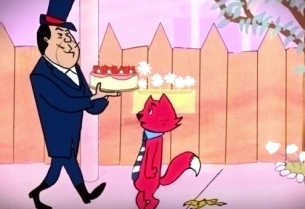 Regarding the concept of the video, Volney explains he wanted to "try and recreate the look of a cartoon of the late 60s, more particularly, something that Hanna Barbera could have produced at the time, opening with your most basic and naive cartoon premise and taking it to weird places".

He goes on to divulge research around the video involved watching "dozens of episodes of Huckleberry Hound and Lippy the Lion".

And regarding the meaning of the video?

"I guess there's something to be said about what the hell actually happens in this video, why it happens and whatever it all means, but it's probably more interesting for people to interpret it the way they want."