Halloween - Dismiss It at Your Peril

The Influencers 280 Add to collection

INFLUENCER: Halloween goes deeper into our culture and society than we may have first considered, says giffgaff's Tom Rainsford 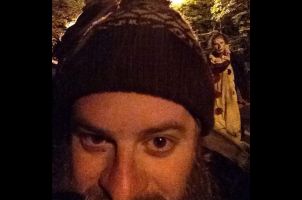 So what’s going on with all these bloody Clowns? Don’t get me wrong, I like staring at a lonely man, wearing make-up, in a car park, as much as the next guy but it’s getting a little bit OTT. Back in 2013 a clown started popping up in Northampton. Shortly after a few sightings, a Facebook page was started with people posting about where they saw him and trying to track him down. He became a bit of a ‘thing’ and like any trendsetter, it’s taken a few years for it all to catch on. Now Clown’s are all over the place; on the street, in the pub, on Question Time…

Scary clowns are of course synonymous with Halloween. It’s easy to dismiss Halloween as an American import. It goes without saying that it’s big in the States, historian Nicholas Rogers said that "Halloween is currently the second most important party night in North America. But if we dismiss it simply as Trick Or Treaters, fancy dress and a Strictly Come Dancing theme, we miss something rather unique.

David J. Skal, the American cultural historian believes, “…Halloween…turns the world upside down. One's identity can be discarded with impunity. Authority can be mocked and circumvented, and, most important, graves open and the departed return."

Halloween (and of course horror) entertains us, it shows us what’s in the corner of the dark room. It challenges us, confronts us, daring us not to pick up the cushion and cover our eyes. It lets us stretch our beliefs and suspend disbelief. “Don’t run up the stairs," “Don’t go round the corners”, “Don’t open that door”.

Halloween has come far since the Celtic festival of Samhain and it’s fair to say that the world and pop culture love a bit of ghosts, spiritual goings-on and its association with magic. James George Frazer, the anthropologist, believed that human kind would turn from magic, to religion and then to science - he might not be too pleased with the ongoing fascination with Halloween, that increases year on year.

A band once sang, “…we'll have Halloween on Christmas” and at times with the family, it may feel you are already doing that. I guess, it depends on how much you like your family.

Russell W. Belk in his essay Halloween: an Evolving American Consumption Ritual, wrote, “In Christmas rituals gifts are exchanged within the family and each is personally and lovingly acknowledged. In Halloween rituals non-family members provide gifts to masked and anonymous children who pose a vague menace.

We live in a world where Walking Dead is a staple of TV.  In 2013 YouGov carried out a poll and found that 14% of Americans believe there is at least a small chance of a zombie apocalypse actually happening. Maybe this is actually a true insight into the modern human mind. Clearly people are yearning for a more basic life, where life and death are far simpler concepts. You can unplug from the complexities of the modern world, with no commitment, no work, no life-admin. That or 14% of American like shooting at shit with some big fucking guns they have named after their gran and granddad.

In the same poll 45% of people thought Politicians are the closet thing to zombies. With Donald’s finger potentially hovering over the big red ‘don’t press’ button, that 14% of Americans may well get more than they bargained for. Maybe with a President Trump in power, an apocalypse has never seemed such a sunny prospect.

The theory behind the popularity of zombies goes deeper than Rick and his crew in The Walking Dead. According to Peter Dendle, in his essay, ‘The Zombie as Barometer of Cultural Anxiety’, the zombie has “…tapped into a deep-seated anxiety about society, government, individual protection, and our increasing disconnectedness.” According to Dendle, “...the zombie, a soul-less hulk, mindlessly working at the bidding of another, thus records a residual communal memory of slavery: of living a life without dignity or meaning, of going through the motions.”

Extending on this Professor Arnold T Blumberg ‘Doctor of the Dead’ at the University of Baltimore’, believes "Zombies happen during time of economic stress - that's the way that horror works,”

So let’s hold back before we dismiss Halloween. Possibly Halloween goes far deeper in to our culture and society than we may have considered.

At giffgaff we love Halloween and this will be our 4th year of running Halloween related campaigns. These campaigns run for a matter of days, drive millions of views, tons of social interactions and spread the Halloween-love. We don’t take it too serious but we do take it for what it is. We aim to deliver authentic Halloween moments to an audience who grew up watching the Saw movies and American Horror Story.

So get your self some fake blood, pop on the Exorcist and let’s get Halloween on.