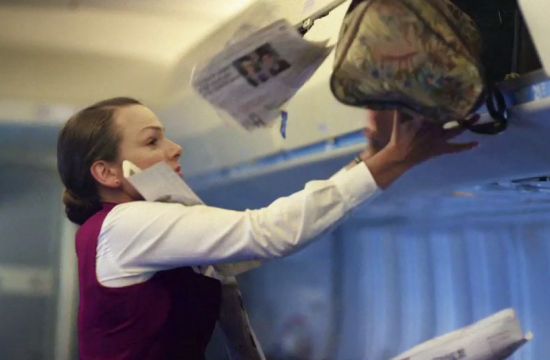 It’s the third instalment in a campaign that celebrates and rewards ordinary hardworking people.  'Stewardess' shows a going-the-extra-mile member of the cabin crew being rewarded by her bank for her efforts.

“We had to fill a 747 airbus with extras who sat on the flight for 10 hours, a bit depressing when you consider they got on and off in the same place,” joked Epoch EP Oliver Hammerton.