Currently based in Bangkok, but originally from Malaysia, Woon has held leadership roles at several award-winning agencies in cities around Asia 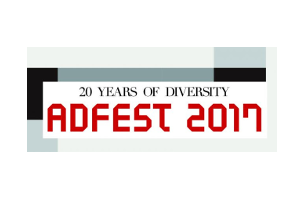 Currently based in Bangkok, but originally from Malaysia, Woon has held leadership roles at several award-winning agencies in cities around Asia. He is currently on a mission to make Hakuhodo offices in Indonesia, Thailand, Singapore and Malaysia as famous as Hakuhodo Inc. in Japan, which is renowned for being one of the region’s most creative agencies.

“It’s an honour to be invited as Jury President for Direct Lotus and Promo Lotus. ADFEST celebrates 20 years of success in 2017 and I’m looking forward to being part of this year’s festival.  I know I will see many pieces of great work that will move the creative bar at the festival even higher. So it will be exciting.”

Woon graduated from the Graphic Design School of Fine Arts in San Francisco in 1992, and has since led agencies including Darcy Beijing, Hakuhodo Indonesia and Hakuhodo Asia Pacific in Bangkok.

“Woon understands the cultures and customs of many different markets in Asia so he’ll bring an interesting perspective to his role as Jury President of Direct and Promo. His regional experience makes him the perfect candidate to help us celebrate ‘20 Years of Diversity’, which is the theme of ADFEST 2017,” says Jimmy Lam, President of ADFEST.