Lovie Awards 2013 announced, celebrating the best of the web 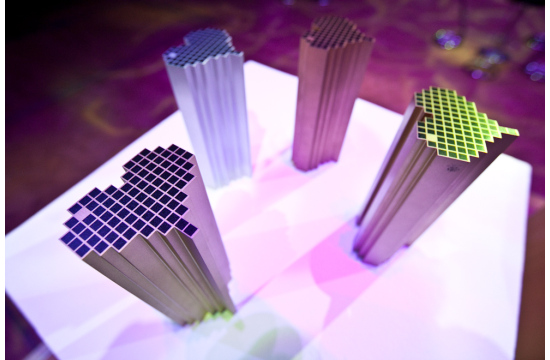 The Lovie Awards, the European counterpart to The Webby Awards, is the leading European award recognizing excellence in Websites, Internet Video, Online Advertising, Social, and Mobile + Apps. It is named in honour of Ada Lovelace, credited as being the world’s first computer programmer.

A list of all Gold, Silver, and Bronze 2013 Lovie Awards winners, which hail from more than 30 European countries, can be found at winners.lovieawards.eu. The winner’s gallery is created in partnership with Internet Explorer.

Organisers also announced a list of Internet innovators that will be recognized with Lovie Special Achievement Awards. Joining the ranks of such past recipients as Fry, Björk, and MP3 co-inventor Heinz Gerhäuser, they are:

- Lovie Lifetime Achievement Award: Vic Hayes -- Known to many inside and outside the tech community as the "Father of Wi-Fi," Vic Hayes was chairman of the IEEE committee that created the 802.11 standard radio frequency for broadcasting a Wi-Fi signal. His work helped to usher in the age of the ubiquitous Internet, providing users with Ethernet-free connections and a brand new sense of connected mobility. That freedom has led to countless innovations in hardware and software which have set the standard for the modern Internet age.

- Lovie Breakout of the Year Award: Candy Crush Saga – Released only last year, Candy Crush Saga now boasts a monthly average of 46 million users and counting – an exponential rate of growth that is unprecedented, breaking records in daily revenue. The mobile and social-media app's enormous success amongst gamers and consumers worldwide signifies a deep understanding of the very DNA of the Web itself on behalf of its creators, King.com, along with a precise talent in raising the mobile gaming experience to a new level for users everywhere.

- Lovie Special Achievement Award: JR -- Artist and photographer JR has harnessed the power of the Internet to inspire public participation in art as a means for global change. His Inside Out Project gives people the ability to upload, print, post, and share photos as part of a global installation, while his use of Instagram and his jr-art.net website have shown a savvy understanding of the web as creative tool and communications network.

“Four years since inception, The Lovie Awards has already attracted and awarded the most exceptional and inspiring of the European web,” said Nicolas Roope, Academy Chair for European IADAS members. “Every year we get to throw open the doors and invite everyone to admire the profound achievements across platforms, disciplines and boarders. The region famous for discerning craft, engineering and storytelling is powering up and there's no better place to glimpse into this revolution than through the Lovie's lens.”

Unlike other awards ceremonies where speeches can be endless, Lovie Awards winners deliver a brief “Declaration of Lovie” which must include the word “love.” Past speech highlights include Vice (“I worked so hard to win this award I lost the woman I love.”) and Shoescribe (“Love is composed of a single soul inhabiting two amazing shoes – Aristotle, or was that Carrie Bradshaw?”).

For the third year in a row, Vitamin T, a new division of Aquent, is supporting the awards as Official Sponsor. Other returning sponsors include Internet Explorer and MediaMonks.

Highlights and trends among the winner of the 3rd Annual Lovie Awards include:
Achieving both critical and popular consensus, 24 works won both a Lovie Award (Gold) and a People's Lovie Award, including: SoundCloud (Best Media Streaming Service), The Monster (Financial Services), Istanbul Rising (Documentary Video), All Eyes on the S4 (Viral Advertising), Tech City News (News), and The {Tiny} Times (Personal Website), Hailo (Utilities & Services - Gold), which was co-founded by three London taxi drivers and is now a global game-changer, represents the new breed of disruptive startups rising from Europe.

As the only European digital industry awards where individuals can compete on a level playing field with major brands, Lovie Awards winners include powerhouses like The BBC’s Digital Glastonbury (Music & Entertainment Video – Gold) and Nike for FullFest Beats by Dr. Dre (Experiential Advertising – Gold), as well as smaller pop culture projects like Catleidoscope (Weird/Experimental – Gold), by famed animator Joel Veitch, and The Big Internet Museum (Education & Discovery – Gold), an ever-expanding archive of the Internet’s most influential websites.