Hacking into the Gaming-Adland Crossover

Trends and Insight 499 Add to collection 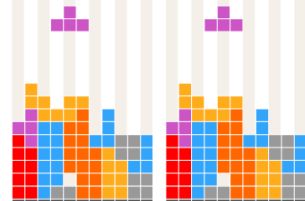 As the realms of technology and advertising continue to overlap, adland is more and more looking to the gaming world to scout out new talent. Their aptness at skills such as real-time rendering is essential when working with virtual reality - the current darling of adland - and the rise of the app store has given marketers a genuine platform on which to deliver timely and accessible game content. But what makes advertising an appealing gig for games developers? What other skills do they have that are transferable? And how will the crossover continue in the future? LBB’s Addison Capper picked the brains of four ex-gamers-turned-adlanders and three digital ad folk who are hiring from the games industry to find out that and more.

Alex Horton – one half of director partnership Horton de Rakoff – reckons he has been making some sort of marketing or advertising material for the past 25 years, back when he used to make club fliers for his gigs as a hip-hop DJ. He spent most of the 2000s working for Rockstar Games in New York, overseeing every game the firm made during that period – most notably the Grand Theft Auto franchise.

“I shot an unbelievable amount of motion capture, and was a key part of the storytelling and interactive approach to those games,” he says. “But by the end of 2008 I was tired of how games had gone from small tight teams to enormous productions.”

He ventured into advertising as an animator and virtual cinematographer at The Mill and Framestore, but now heads up UNIT9’s experiential division, with an eye on blending all of the techniques he’s picked up over the years to develop a number of experiences. He doesn’t claim to be a master of everything – but does think his varied background gives him the nod when it comes to bringing multiple siloes together.

“The DIY approach to being a maker means that I’ve gained a deep understanding of many different production techniques, from camera control and 3D rendering to game engines and music production. I’m not world class at any of them but I have a pretty unbeatable understanding of how they can all fit together to create an experience, and I can work with a team to create these combinations.

“VR is naturally the next step for what I know. As far as I’m concerned, VR – not 360 video – is the new medium to explore; it doesn’t replace anything, like film, etc. It’s a new thing that we can bring traditional techniques to, but the thinking has to be new and the opportunities it gives to storytellers are wide open.”

In a nod to the blurring lines of what advertising is in 2016, Mike Borbeau doesn’t feel as though he exactly works in adland. “We’re a strategic design and technology agency, so we get to help brands grow their businesses by creating digital experiences, products and content,” he says.

Prior to working at Firstborn, Mike developed assets and 3D renders for mobile and web games while working for a gaming company called Arkadium. He adds: “In gaming, you learn that it’s really all about the user and their immersion. In advertising, we also try to put the consumer at the centre of every single decision.”

Mike was tempted to the ad industry by its open-mindedness and the breadth of platforms that it offered him the chance to tinker with. “[At firstborn], we’re constantly bringing in inspiration, talent and techniques from all over the world and other industries,” he says. “It keeps you curious and motivated to try new things. If you want to make a game / site / app, you can ask a developer or guide to collaborate with you. Need some assets? A CG artist can make a few or show you how. It’s really been a unique and engaging work experience.”

He also mentions that, for him, the industry is more appealing for developers now due to the maturation and added accessibility of the technology and tools. It makes it easier to translate one skillset to suit another need, he says. “That’s why we were able to transition from passive pre-rendered VR to interactive game engine VR so quickly. The programmes were readily available, their help communities and tutorials were robust and the software itself was easy to use. There are still plenty of challenges to tackle, but we’re able to do more without overcoming too many learning curves.”

“My interactive art and coding skills were ready for the next generation of interactive advertising,” says Victoria Buchanan, whose career has seen her code console games and design interactive television games, amongst other things.

Now Joint ECD at Tribal London, she says there are numerous skills she picked up during her gaming days that are applicable to digital advertising. “Being able to think in non-linear ways, understanding code and boundaries to deliver creative solutions that actually can be done and are correct for the client,” she mentions in a nod to the risk of easily over-promising on creative. “I had trained to unpack ideas with tech and creative thinkers. I learned to respect tech as a creative channel. I have always worked in an open sharing way so that ideas can evolve and get better with the many experts I work with.”

According to Victoria, the ad industry is a more appealing prospect nowadays for people such as herself thanks to a shift in the industry’s ideals – “less educated, older, more narrow-minded and completely shut to misfits,” she says of advertising five years ago. But adland has changed and is keeping up with the people it so strives to communicate with.

“New advertising is more open and is learning the way we consume, communicate and tell stories. Advertising is also getting younger – young people are digital natives and they code and make websites, have blogs, make films and understand all the platforms. They will look to create new ways of advertising and tell new types of stories.”

Amy Small would have ended up working in finance if it weren’t for a chance meeting with a Disney executive. From there she went on to a career in production and video games before ending up at Framestore. Did she see herself ever working in advertising? No, but, echoing the sentiments of Firstborn’s Mike Borbeau, she still doesn’t technically see herself as doing that now.

“While we do a lot of service based work for our clients that are frequently agencies,” she says, “we are also lucky to work with a big name IP that is engaging and spans beyond the lens of traditional advertising and ad agencies.”

However, Amy has always had a feeling that gaming and entertainment would collide – and sees VR and AR as that collision. “Traditional gaming clients are branching out to find a new place to build content and different types of companies are vying for the same work,” she says.

“This is evolving the way that we think about selling items as well. There are more passive sales and the focus is moving toward consumer experience and away from product forward promotions, in some cases.”

Games developers have more to offer to adland than just skills applicable to VR, says MPC Creative’s Andre Assalino, a point proven by a recent experience with a new junior starter of his from the gaming world.

“I was showing him an app that we’ve done using real time gaming technology, in this case Unity, but it still has all the behaviours you would expect from an app. I got him to look at the code to see how the knowledge he has could be used in a completely different way, and he said, ‘I had no idea you could skip away from that games world and use exactly the same knowledge to do something that’s much more campaign orientated’.”

Andre also notes that, while gaming folk bring invaluable know-how to MPC Creative, the transfer of knowledge works both ways as they adapt to life in a new industry. “The crossover of the two mentalities – gaming and advertising – is where is gets interesting,” he says. “Sometimes the developers get frustrated because they say, ‘in a game this would be so simple, people expect a new release to be buggy’. I have to go, ‘yeah… not here. You can’t have a big app for Nike and release it full of bugs!’ That does not work. They teach us on the gaming side of things and we teach them on the advertising side.”

Working in advertising is an opportunity for game developers to break up the long-winded process of a gaming production, believes Alain Puget of Biborg, who have team members that dip in and out of both industries. It also offers financial stability in the financially risky realm of gaming.

“It brings distance with long projects and allows us to ponder instead of rushing non-stop from start to end,” he says. “Working in digital marketing is also a good way to self-finance projects with no risk of lay offs in case of commercial failure.”

Also the founder of Alkemi Games, Alain also considers good game developers to be quicker at picking up new skills than others. “[They] are often self-taught and will be able to master other skills or techniques easily. They usually have a mixed artistic and technical profile which is easy to work with in most cases.”

And for the future? Alain sees no downturn in the crossover of talent between the two industries. “With the gaming industry being extremely competitive, it’s quite hard to spend your whole career there. There will always be bridges between digital marketing and gaming, both ways actually.”

“The shift is natural in a way. Gaming is a cultural language – ubiquitous and all around us. This is perfect for adland to spark and initiate the dialogue,” says Gilles Boisselet, who has been hiring from the gaming industry for UNIT9 for some years.

Gilles pins the evolution on the launch of the iPhone and its App Store – before that, all gaming content had to be delivered on a console which made it completely out of reach of advertising. Now though, the thing exciting him most in this area is watching the evolution of VR. The engines on which experiences are built are changing and it’s opening more and more doors for both production houses and advertisers.

“We’re extending from a game engine to a cinematic engine, allowing us to build the next generation of VR content: real-time VR. Obviously this is the next level of content – you need to work with a gaming director, fluent in motion capture and VFX, to create an advertising meets gaming meets Hollywood experience.

“We are in an exciting, creative time. Not to mention a daring one.”

Thoughts on Thoughtfulness from the DMA Awards Jury
View all News 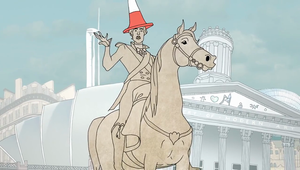