Häagen-Dazs Welcomes You to 'Maker Street' with a Charming Animation 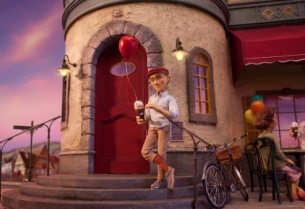 Häagen-Dazs and Goodby Silverstein & Partners introduce you to “Maker Street,” the new campaign for the Artisan Collection.

Häagen-Dazs has taken inspiration from its original artisan roots and has collaborated closely with six notable culinary artisans from around the country to introduce this new line of flavors. GS&P wanted to take the passion and focus of those artisans to the next level by having it carry through all aspects of production.

As a form of homage to the nature of our artisans’ original products, GS&P chose to create Maker Street using stop-motion, a medium in which almost everything is created by hand. To bring this to life, the agency teamed up with HouseSpecial to make sure that every tiny detail of the production was crafted with patience, love and undivided attention.