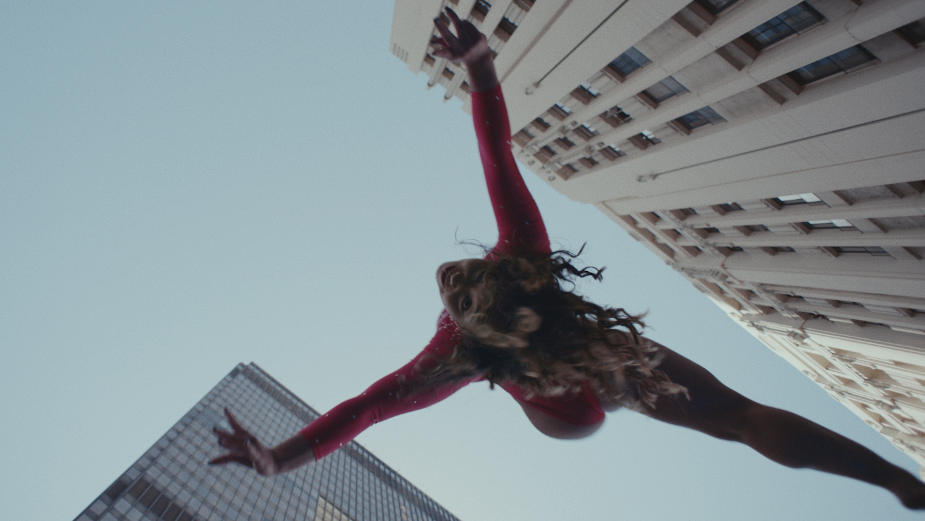 Toyota and The&Partnership Europe launch a pan-European, data-led campaign for the new Toyota Yaris Hybrid this week. Positioning Toyota’s latest B-Segment offering as the perfect city car, ‘Why Stop?’ is an action-packed display of positive energy that highlights the energy-filled driving experience of the Yaris, made possible by Toyota’s most advanced and responsive self-charging hybrid powertrain.

During the Collegiate Challenge against California, Michigan State and UC Davis in 2019, the defending NCAA Floor Exercise Champion, Katelyn Ohashi found international social media fame when her routine landed a perfect score of 10.0. In ‘Why Stop?’ we see her move effortlessly through traffic; throwing her body from one awe-inspiring tumble into another, finally revealing that she is, in fact, a physical metaphor for the Toyota Yaris. Her energy, focus, and perfectionism are the embodiment of the Yaris’ regenerative Hybrid powertrain.

“Combining its fun and responsive city-driving capabilities with Hybrid power the new Yaris truly is a Hybrid full of positive energy; it is a superlative product and establishes the benchmark for future small cars.” said Jan Verhaegen, marketing and communications manager, Toyota Europe.

The campaign is the next instalment in Toyota’s Hybrid Leadership Platform - which seeks to showcase their market-leading credentials within the drive chain technology - building on the previous work from The&Partnership: RAV4 ‘No Half Measures’, Corolla ‘Move Ahead’ and C-HR ‘Leave Ordinary Behind’. The campaign seeks to attract a younger buying audience to the Yaris model, inviting them to re-evaluate pre- conceptions of Toyota’s most well established and popular small car.

Extending across multiple channels, the creative campaign will deliver the ‘Why Stop?’ message over an extensive pre-sales period; an additional social content series will accompany the campaign offering an in- depth story into Katelyn Ohashi and the Yaris’ shared positive energy.

Phil Beaumont, creative director, The&Partnership Europe said: “The idea needed to attract a new, more youthful audience and change perceptions of Yaris from rational to emotional, from expected to exciting. Seeing Katelyn’s viral routines, so agile and compact, so dynamic and joyful. We felt we’d discovered the perfect embodiment of the New Yaris Hybrid’s unstoppable energy. The next step was to put her routine with all its thrilling energy on the road.”

The production challenge was vast. Shot in Cape Town, South Africa over five days, the production house, Independent, closed off one of the city’s main boulevards and dressed all its five blocks with a comprehensive art department creating fully functioning barbers, bakers and fashion boutiques to give the setting an appropriately European cosmopolitan feel. The stage set, Independent’s Philippe Andre teamed up with DOP Ottar Gudnason shooting on a mixture of Sony Venice and Phantom cameras to capture the choreographed gymnastics routine.

“I was excited to receive the script; I immediately thought it was a fantastic idea. As the narrative is based on Katelyn Ohashi’s performance, loved the simplicity of focusing on her energy and joy. My approach was to keep the camera solely focused on Katelyn and on the Toyota Yaris. They both had to convey this ‘Unstoppable Energy’ to make the project feel and look spectacular. I wanted to keep to the truth, the reality of the story; to shoot it as ‘alive’ as possible.” said Philippe Andre, director, Independent Films. Philippe added: “Working with Katelyn was a pleasure, her performance was brilliant, she is such an amazing gymnast, so dedicated to her craft; she brought so much to the project. The Creatives, Phil and Andre, were also great to work with and made the whole experience really positive and fun. The&Partnership were very supportive throughout. The client really put their trust in not only their agency but also in me, which I really appreciated. It was a pleasure working with Toyota.”

Katelyn Ohasi, for whom a TV campaign is a first, said: “I was thrilled Toyota thought of me for this opportunity. The campaign for the new Yaris so inspired - I knew this project would be special. Shooting the ad and being a part of the creative process was a lot of fun for me so I’m really looking forward to sharing the final product with the world!”

The campaign also ushers in a new visual identity for Toyota in Europe across all brand touch points – representing a new era for Toyota, as it continues to adapt to the modern world and transition from a car company to a human movement company.

Of all of Toyota’s small cars, the Yaris is the largest volume driver, which means it sits in a vast marketplace surrounded by tough competition from other manufacturers. The challenge was to match some of the higher spending campaigns and as such the communications strategy needed to carry the same ethos as the creative idea - energetic and always on the move - emphasising that the Yaris works hard to maximise efficiency compared to higher spending brands.

The Yaris is designed for a ‘ready to go’ lifestyle. This is reflected in the consumption habits and behaviours of the audience. Whilst traditional channels like TV are vital for reach, supplementing them with lifestyle driven activations that suit ‘on the go’ media is important in delivering the nimbleness of the strategy. Consequently, the campaign includes elements such as playlists on Spotify and fitness and wellness podcasts through partners like Acast; this is where Toyota will be able to build more targeted meaning behind their awareness communications.