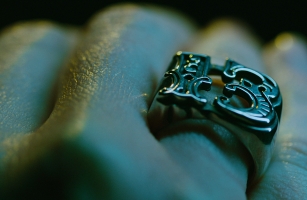 Following the recent and continuing success of his short film ‘Devil Makes Work’, Guy Soulsby has directed an equally dark and visual commercial for NBC Universal’s crime thriller channel, 13th Street, which has been airing across Europe this week.

‘The 60 second TV spot focused on crime, the number 13 and an overriding America aesthetic,’ comments director, Guy Soulsby, ‘all of which tied into the channel and its programming.’

The narrative for the ad follows the chase of a faceless female killer. Sinister shadows play over an array of suggestive motifs which flick on screen as if a countdown of a ticking clock.

Guy comments, "There was a lot of freedom to develop the creative in this ad. There are some classic images and known themes that run throughout crime dramas and crime films. Some of which I was keen to incorporate, such as the cop working late, burning the midnight oil and the mysterious killer who evades him. A nice twist that the creatives at NBC Universal wanted was to make the killer a woman, to play with the stereotype."

A fair bit of consideration went in to what equipment would be used to film this commercial to capture the right look. Guy explains, ‘Creatively, the aim from my perspective was to make a spot that looked and felt like an HBO drama, something slick and stylized.  My DOP Nicholas Bennett and I discuss shooting the spot on the new Sony A7 due to the camera’s amazing latitude and ability in the dark; but the speed at which we’d be shooting we knew we had to have a reliable and known setup. So we opted for the ALEXA and a set of Leica Sumilux cine lenses. We also used as much practical light as possible, only supplementing where needed on location."

"The shoot was very ambitious for the budget, so we had to be clever. We found a huge location that could double even triple as a variety of places. My art director Noam Piper had a big challenge to create all the required sets and dressing. I have to say the evidence board that his team put together would make even the CSI guys jealous!"

The commercial fronts a campaign that spans a big media push, which includes 13 different competitions across 13 days, live stunts, urban advertising, radio and social media. The spot was lit by DOP and frequent collaborator Nicholas Bennett, cut at ENVY by Nick Armstrong and onlined by Jason Farrow. Grading was by George K at MPC before the ad was brought to life with an original music composition and sound mix by the guys at SNK Studios.

Guy finishes, "This was the first time working with NBC Universal and it was a great experience, a true creative collaboration."