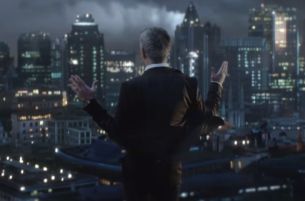 In the 2-minute short, Jose Mourinho, delivers an inspiring address to fans across the globe, urging them to prepare for match night, regardless of what time zone and part of the world they are in.

The new campaign was created by Publicis Italia and marks the 11th year of Heineken's sponsorship of the tournament. The campaign will include global and regional variations of the film to suit different fan viewing behaviour around the world.

Grand Central's Raja Sehgal created the sound design for the spot. He commented: "An outstanding performance by Jose Mourinho drove the sound brief, with the key consideration being that the speech was delivered with absolute clarity to captivate and surprise the audience. Working with the cleanest takes, background fan noise was removed to isolate the speech before select moments of reverb and echo were added highlighting certain words.

“The sound design deliberately starts smaller than the picture would suggest to allow a build as Jose’s performance develops, creating an over-the-top climax before an unexpected comedy moment of the dog’s whimper along with the squeak of Jose’s slippers. The music track is dynamically edited to enhance the delivery and sound to create a bold, exciting spot."