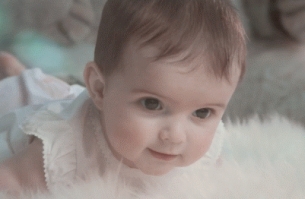 Guy Goossens has captured the first moments of some truly young actors from 0 to 18 months old in a tender film for Sergent Major.

Guy Goossens commented on his new film for the French kids clothes brand: "The film is about the evolution in the gestures of a child, ranging from 0 - 18 months, let's say 'developmental milestones' as a way of showing the collection of Sergent Major children's clothes.".

For more info on Guy & his work, contact olga@elcolony.tv