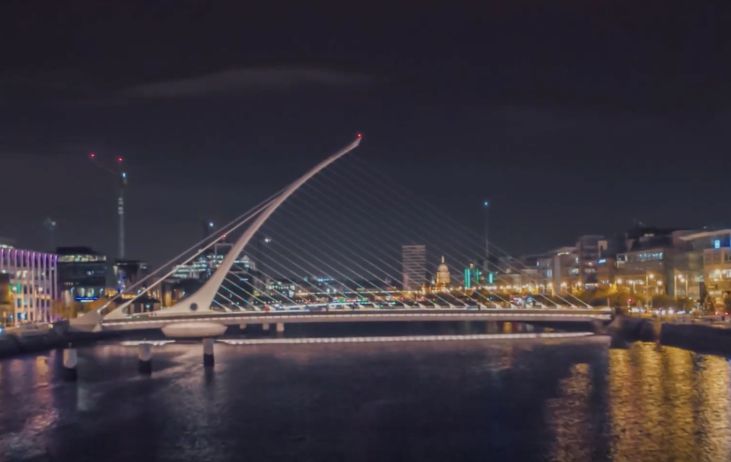 The winning campaign by Guns or Knives was created to promote the new Samsung Galaxy Note8. ‘A Song for the City’ played with environment, sound, and technology, by turning Dublin’s harp-inspired Samuel Beckett Bridge into a playable harp.

Guns or Knives teamed up with developers to create software that would make the bridge ‘playable’ using the Note8’s interface and an electric harp. Harpist Aisling Ennis was enlisted by the agency to compose an original piece for a live performance ‘using’ the bridge, which was streamed on Samsung Ireland’s Facebook Live in September 2017. The recorded broadcast has been viewed over 100,000 times.

Linda Nolan, head of marketing at Samsung Ireland said: “The Galaxy Note8 was a stand-out flagship device for Samsung in 2017. Our tagline for the campaign was ‘Do Bigger Things’ and we needed our launch to reflect that in every way. ‘A Song for the City’ did just that. It was a new way for us to launch a device to the market in Ireland and we certainly stepped out of our comfort zone to do it. The end result was something that we were delighted to be a part of, it was very different and unique. At Samsung that is what we strive to do all the time.”

“It’s very satisfying getting this project recognised. There was a real leap of faith for our client getting the work from concept to the finished piece. The live performance felt effortless and easy, the reality was a huge amount of work and coordination happening in the background,” says Adam Crane, creative director at Guns or Knives

A total of 63 winners, from 32 agencies in 7 different countries, were selected for this year’s awards. Among the winning nations, Ireland and the Czech Republic led the pack with 17 awards each.