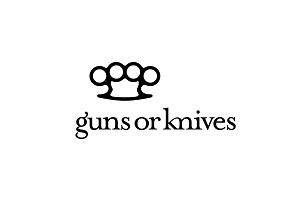 A total of 81 finalists, all winners of national integrated marketing competitions, have been selected in this year’s IMC European Awards for Integrated Marketing Communications, representing 31 agencies from five countries. Irish agencies lead the nominations with 25 finalists, followed by the Czech Republic (18), Belgium (16), Italy (11) and the United Kingdom (11).

Irish agency Guns or Knives are the most nominated European agency with a total of 14 nominations including five for Hailo’s Drive For Equality, four for Orchard Thieves’ Launch, three for Hailo’s 3rd Birthday, and two for Heineken’s It's Your Call. The agency sits ahead of BBDO (Belgium) who are the second highest nominated with seven nominations.

The nominations come following a string of wins at Irish award shows earlier this year including the ICADs, where they ranked 4th for overall number of awards won, followed by the prestigious Grand Prix at the APMC awards

Commenting on the nominations Managing Director, Zara Flynn says: “The impact that our campaigns created is a testament to the collaborative relationship we have with our clients. We have pushed boundaries as a creative agency and our clients have taken the brave step to go with us. The results speak for themselves. We're delighted with the nominations and look forward to the awards announcement in December”

The first round selection for the IMC European awards were made by a jury panel consisting of 45 leading industry professionals across the continent. The second round of judging, comprised of IMCC Council member representatives and took place in Naples on 23rd September. This year’s winners will be announced in December.﻿

According to IMC European Awards Chair, Renate Vogt, “The jury has had a tough job judging more than 100 cases of the best work from all member countries. The quality overall was very good with some completely different cases in the categories. We have seen extremely creative cases for retail and automotive which were clearly different from the usual ones and some cases based on an extremely good strategy and excellent execution in all categories. Some cases, however, missed solid results in relation to the objectives.”

The full list of IMC finalists can be viewed here .