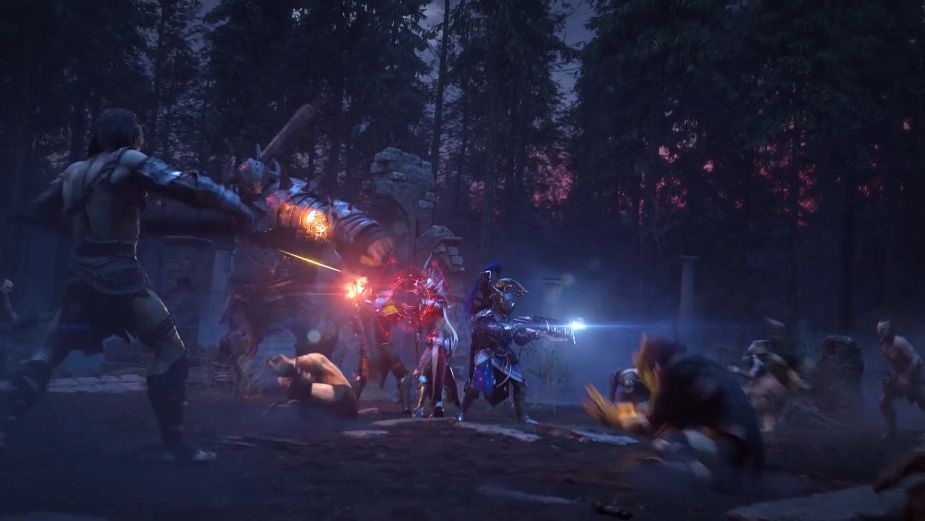 “We developed a storyline that would allow us to create the visual intrigue and level of realism we wanted to include in this piece while meeting the time constraints,” says Giantstep VFX supervisor SIMS, who has worked on game trailers for Newborn, Star Wars, and MARVEL Future Fight. “Thankfully, the client gave us a lot of creative freedom and trusted our ideas and direction.”

Giantstep handled the project from start to finish, including story planning and look development, animation, VFX, lighting, and composition, as well as editing and sound direction. Since the piece features actual firearms and realistic action, Giantstep planned out the action sequences, backgrounds, and character layouts based on motion capture shot at its in-house mocap facility.

Giantstep also edited a series of Quantum Knights gameplay videos, which were shown at LINE Games Play Game 2021 during a keynote announcing new flagship projects for PC, console, and mobile.

“At Giantstep, we’re committed to crafting cinematic stories while offering high-quality 3D production in a more efficient and innovative way,” concludes SIMS. “It’s why we’ve developed a complete virtual production system using Unreal Engine, as well as our own proprietary tools and software.”