We're not going to lie, being told we were going to Las Vegas to participate in the LIA Creative Liaisons program was a pretty surreal moment. But nothing could have prepared us for how surreal the actual experience was.

Turns out those Hollywood movies were right on the money (literally). Las Vegas was something else.

After a very pleasant flight, filled with endless hours of quality sleep (said no one ever), we were greeted by the vivid lights and distinctive dings of poker machines near the baggage claim area. It was a small taste of what was to come.

We had to weave our way through an extensive array of poker machines to get to our room at the Treasure Island Hotel. Who knew there were so many ways to lose your money? Unfortunately (or fortunately from our wallet's point of view), we were too sleep-deprived to kick-off the Vegas experience. We hit the hay in preparation for the next day.

Day one got off to a rocky start at the Treasure Island Hotel buffet. It turned out the coffee in America was even worse than we had imagined. With no alternative nearby, we had to rein in our Melbourne coffee snobbery and force down the watery brew. We arrived at the Encore Hotel with a minute to spare, grabbed our lanyards and strategically seated ourselves for the day. 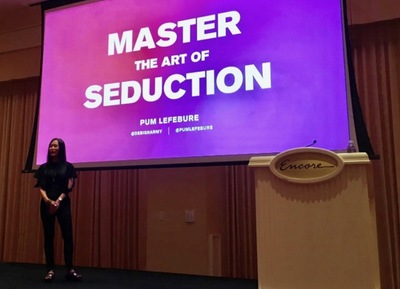 Day one's six speakers definitely made an impression. We could attempt to detail everything they covered, but we wouldn't do the content justice. Instead, we've chosen the standout quotes for young creatives to live by:

"It's not about being the loudest, it's about being consistent." - Pum Lefebure, Co-Founder/CCO, Design Army

"Take the music off Jaws and what have you got? You have a woman swimming in the water. Think about the music when making an ad and account for it." - Bob Isherwood

"You can't be creative and critically edit at the same time." - Chris Smith, Brand Creative Group Head, The Richards Group

As day one came to a close our first impressions were three-fold: invaluable speakers, lovely creatives and unsatisfactory levels of caffeine in one American coffee.

Heading into day two the vibes were high. We met some new creatives, found a great barista and tried cream cheese on a croissant for the first time (it's important to be adventurous overseas). Then it was time to settle in for day two's speakers. Here are the standout quotes we've chosen for young creative to live by:

"It's not what people say, it's what they mean, what they feel." - Mark Tutssell, Global Chief Creative Officer, Leo Burnett Worldwide.

"Success is about determination and absolutely not giving a f*ck what anyone tells you." - Rob Belgiovane, Group Chief Creative Officer, BWM Dentsu

With less speakers than the previous day, we finished up early in preparation for the night's festivities - dinner and drinks with the jurors and speakers.

At 8pm on the dot (yes, we were keen), we arrived at the type of venue you'd expect to queue for hours to get into. Immaculate décor, bar side pool and booths with luxury day beds; needless to say we were impressed. But not just by the décor. This was an opportunity to mix and mingle with the Who's Who of advertising. 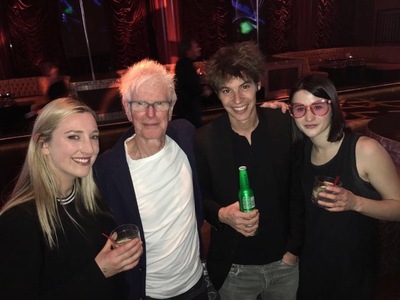 Wasting no time, we made a beeline for the likes of Pum Lefebure, Ted Royer and Bob Isherwood. Throughout the night, we were continually surprised by how approachable everyone was. For a second we almost forgot we were talking to advertising legend Bob Isherwood... almost. The only downside? Apparently, Las Vegas bartenders don't stick to standard drink measurements. The next morning was rough.

Tired, dehydrated and perhaps slightly dishevelled, we arrived at the conference for day three. Lucky for us everyone else was in the same boat. With a big day ahead, we knew there was no time to indulge a hangover. Four hydrolytes and a latte later we were ready and raring to go. 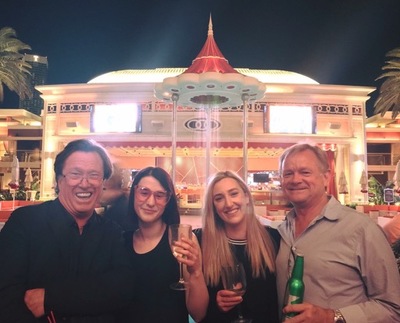 The day kicked off with a (hangover-friendly) Women's Breakfast. The first part of the session allowed us exclusive access to female jurors and speakers over a morning meal, while the second part involved a Q&A with Susan Credle, Karen Hower, Laura Gregory and Merlee Jayme, hosted by Rosie Siman Yakob.

The aim of the breakfast was to discuss topics that affect women in the industry. Questioning purposefully focused on creating an exchange that veered from the usual dialogue around issues, providing new insights and experiences to learn from.

After learning valuable perspectives and strategies from these extremely accomplished women, we dived into our usual format with the rest of the attendees, gathering more insightful quotes for young creative to live by:

"The most important skill you can have is reading what's not being said." - Karen Howe, President, The Township Toronto

"If you can get them to visualise the scene they will be more interested in the idea." - Ralph van Dijk, Founding Creative Director, Eardrum Sydney

"Creativity is not an act of genius, it is an act of discovery." - Marketa Krivy, Executive Creative Director, Tribal Worldwide

"Advertising that talks to the head never ever works. You need to talk to the head, and the heart." - Sonal Dabral, Vice Chairman / Group Chief Creative Officer, Ogilvy India

Day four, our final day, was arguably the most valuable part of the experience. We were able to sit in on the final stages of the LIA Awards judging. We had to choose between the Integrated, Non-Traditional and Health & Wellness categories. We opted for Health & Wellness, which was headed by jury president Jeremy Perrott. As the newest addition to the LIA awards, we were intrigued to see the calibre of work from around the world and what the discussions would involve. 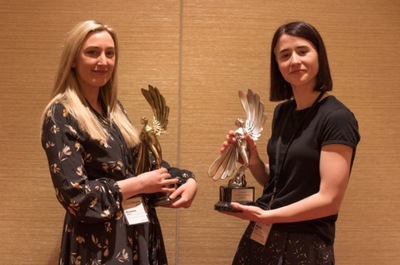 Though we can't reveal what went on behind those doors, we will say the work was impressive - truly life-saving, world-changing concepts. We were blown away and inspired by both the ideas and the passion that the jurors Oliver Caporn, Todd Henwood, Tim Jones, Ricardo Sciammarella Pereira, Masaya Shimizu, and Scott Smith displayed throughout the day. Work was measured on creativity but jurors weren't afraid to delve deeper into the real-world effect, challenging the practicality and benefit of each idea, and pondering the questions, "Does it make me feel anything?" and "Could they have done more?" Our takeaways from the session were to always push the work as far as possible and that exceptional ideas speak for themselves.

Next was the crowning of the Grand Prix, which was... an exceptional piece of work, stay tuned. This unfortunately marked the end of the session, and with it, the Creative Liaisons program. We left the room feeling energised, inspired and wholeheartedly ready to push our thinking to the next level, using all the knowledge we had soaked up over the past four days. A plane-storm session was definitely on the cards.

As a finishing note, we'd like to take this opportunity to acknowledge everyone who made this experience possible: Barbara and Laurissa Levy, and the entire LIA Awards team, all the speakers and jurors who shared their knowledge with us, James McGrath for nominating us, and Campaign Brief for sending us. Thank you all for this fantastic opportunity.