Guinness to Launch ‘Made of More’ Campaign

Created by AMV BBDO, the first TVC is ‘Cloud’ and commends the idea that putting more into life gets more out 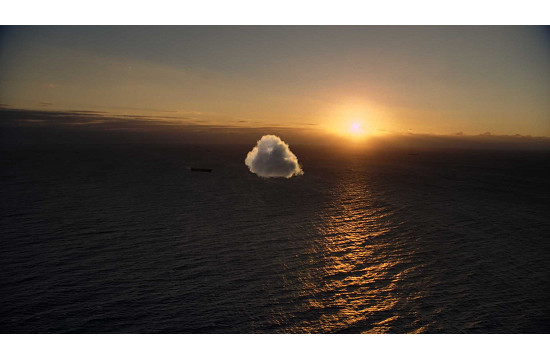 Diageo, owners of Guinness, today announce details of a new multimedia advertising campaign that will run in both Great Britain and Ireland. The new creative campaign reinforces the brand positioning - ‘Made of More’ - and features a TV advert entitled ‘Cloud’, to be exclusively previewed on the UK and Irish Guinness Facebook page on 1st October  at 12 noon and then on TV, digital and in cinema from 4th October.
Created by AMV BBDO, the campaign celebrates the attitude shared by the brand and its drinkers – getting more out of life by putting more in. The creative also features print and digital.
‘Cloud’, the first film, directed by award-winning Peter Thwaites from Gorgeous, was shot on location in South Africa in both Johannesburg and along the Durban coastline. It follows the extraordinary journey of a rather unusual cloud, a metaphor to show the amazing things that can happen when we challenge ourselves to make the most of who we are.  The film, which will have 90”, 60” and 30” versions, shows a lone cloud breaking away from a cloudy mass, slowing down, no longer blown along by the elements. The cloud chooses its own path, and floats in from the ocean to explore the city below, no longer a simple cloud but something ‘made of more’.
View the spot below:
As the film progresses, the cloud engages with people, places and objects below, seeing itself reflected in mirrored skyscraper, darkening as it approaches the scene of a fierce industrial fire before the dramatic climax.  The cloud then gently drifts back, ocean-bound, and gradually merges into a swirling pint of Guinness, before resolving with the new endline ‘Guinness. Made of More.’
The campaign will also include Out of Home creative further developing the ‘Made of More’ positioning.  Using four extraordinary visuals shot by renowned photographer Nadav Kandar on location at the Olympic National Park, Washington State, they reveal unique creatures which evidently refuse to settle for the ordinary: a woodpecker has sculptured itself an elaborate home, a caterpillar has delicately nibbled out highly detailed scene in a leaf, and a spider has spun an intricate web depicting other insects to tempt its prey.  A fourth poster shows a swarm of fireflies that have come together to make the shape of a beautiful chandelier on an overhanging branch.
Nick Britton, Guinness Senior Brand Manager, said: “We think the new brand creative will resonate with people who are open-minded and alive to opportunity and it will inspire them to never settle for the ordinary. The idea of something being made of more is one that really reflects a shared attitude GUINNESS has with its drinkers who love the distinctive look and taste of GUINNESS and aspire to get the most out of every aspect of their lives. It’s not defined by a single age, class or demographic.  GUINNESS has always been synonymous with iconic advertising and this new creative direction for the brand presents great territory to connect with consumers that never settle for the ordinary.”
Executive Creative Director BBDO on Guinness Western Europe, Dave Buchanan, said: "We all have a choice.  Many years ago Arthur Guinness chose to transcend the ordinary and produce an extraordinary drink, a drink made of more. Today our cloud bucks the trend. Instead of being blown by the wind it takes its own extraordinary journey; our spider spins an extraordinary web and our woodpecker fashions an extraordinary house.
This campaign is about that choice: Do we settle for the way things are or do we take the bold choice to step up and be made of more? Do we settle for an ordinary drink or do we choose one that is made of more?”
To view the exclusive preview of ‘Cloud’ visit www.facebook.com/guinnessgb. 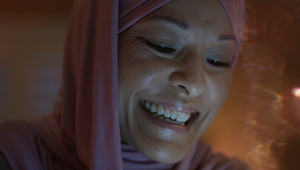