Guardian Campaign Urges You to Own the Weekend... Or Someone Else Will 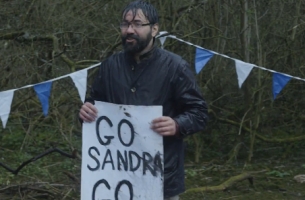 Weekends are a battlefield, sometimes against the ones you love the most. If you’re not careful, other people will steal all the fun and own your weekend. Arm yourself with the Guardian/Observer, because if you don’t own your weekend, someone else will.

The Guardian/Observer has all the information and more, to help you plan a perfect weekend, without interruptions from those fun-sponges otherwise known as kids, parents, friends and other halves. It’s not that you don’t love them, you would just love to do something more interesting with them.

The campaign consists of three films; Roast, Kid’s Party and Fun Run, which are running on TV, VOD and in cinemas.

Commenting on the strategy, BBH London said: "Our audience are already Guardian and Observer readers so we didn't need to persuade them to like the brand, they might have just forgotten to buy the paper recently. We needed to shake them out of apathy and get them to buy again. The reminder couldn't be a passive reflection of a lovely weekend, it needed to be disruptive, impactful and scream Guardian/Observer."