GS&P Gets Everybody Up with a Roll Call for NBA 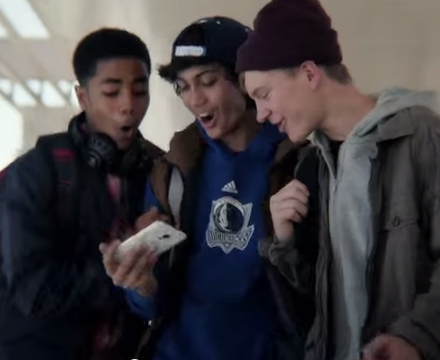 The National Basketball Association (NBA) today announced its season long marketing campaign, “Everybody Up.” The campaign will celebrate the NBA’s global community, calling on fans around the world to get up and show their team spirit for the season ahead. The multiplatform campaign will include a series of television commercials, print and online advertisements, and integration across all of the league’s digital platforms, including NBA TV, NBA.com, mobile and social media assets, throughout the season.

The campaign will debut its first spot, “Roll Call,” narrated by Grammy Award-winning artist and actor Common during the NBA Global Games Rio 2014 preseason contest between the Miami Heat and Cleveland Cavaliers on Saturday, Oct. 11. The game will air live at 5 p.m. ET on ESPNews.

“We are all united by our love of the game, and the new ‘Everybody Up’ campaign captures the passion, dedication and endless contributions of the global NBA community,” said NBA Chief Marketing Officer Pam El. “With tremendous momentum heading into the season, we look forward to engaging both our avid and casual fans like never before.”

In the coming weeks, localized team “Roll Call” spots will launch on regional sports network, in-arena and on digital platforms.