Grumpy Neighbour Has a Heart of Gold in Cadbury's Latest Spot 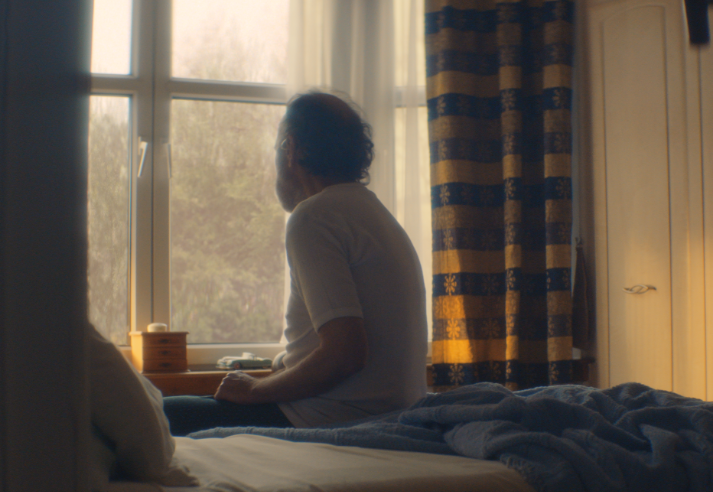 Cadbury believe there is a glass and a half of generosity and kindness in everyone. In a world that can seem increasingly selfish the generous acts are harder to spot, but they are there, happening every day, in all walks of life.

That's why the brand says, 'There's is a glass & a half in everyone'.

This is highlighted in the latest film, ‘Fence’, created by VCCP and directed by Frederic Planchon, who was also behind last year’s ‘Mum’s Birthday’ film for Cadbury Dairy Milk.

The film shows an older man living on his own. Disturbed only by the noisy children next door, we see him patiently returning the toys which repeatedly land in his garden, back over the fence. The story concludes with a simple act of kindness from the children next door, reciprocating his generosity and showing that there really is a glass and a half in everyone.

Developing this TV spot and the story of the older man illuminated a shocking reality - 1.4 million older people struggle with loneliness and over 225,000 often going a week without speaking to anyone.

In order to make a difference Cadbury has partnered with Age UK and are ‘donating the words’ from the packaging of their iconic Dairy Milk bar. These limited edition bars will be sold in supermarkets nationwide with 30p from each bar going towards Age UK. This will help provide vital services and support when older people need it most.

This activity will be supported by a social campaign where people will be encouraged to 'donate their words' too. By committing to everyday actions such as checking in on an older neighbour, calling an older relative for a chat or getting involved with Age UK, people across the country can make a difference to the lives of older people in their communities. Showing there really is a glass and a half in everyone.

Claudia Miceli, senior brand manager, Cadbury said: “We’re so proud to announce this partnership and to be supporting Age UK - it’s such an important charity that is really tackling the issue of loneliness. We are donating the words from our bars of Cadbury Dairy Milk and encouraging people to find their glass and a half of kindness and generosity and donate theirs through small gestures that could really help change the lives of older people.”

Darren Bailes, ECD at VCCP added: “The new Cadbury film tells the story of an older man, living alone, next door to a house full of children. Despite his annoyance, he is generous enough to throw every plane, ball, and toy soldier that come over the fence, back where they belong. Until finally something lands in his garden that doesn't need returning. A bar of Cadbury Dairy Milk sent over by the grateful kids next door A small gesture proving there’s a glass and a half in everyone.

Laurie Boult, fundraising director at Age UK, said: “We’re proud to be working with Cadbury Dairy Milk on this campaign, raising vital funds to help support Age UK’s work, nationally and locally to tackle loneliness and isolation amongst older people. We hope that the public really get behind the campaign, whether by simply buying a limited edition bar of Cadbury Dairy Milk or pledging to donate their words to help an older person – saying a friendly hello when they’re out and about, speaking to a neighbour, calling an older relative for a chat, or talking to Age UK about how they can help.”