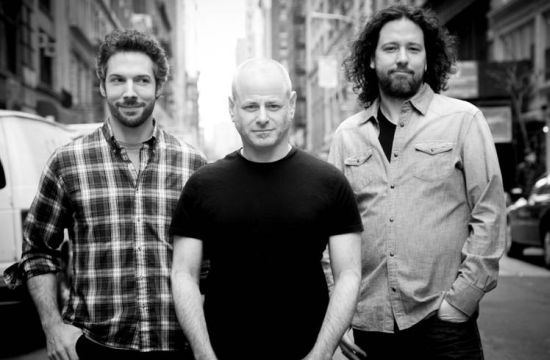 The New York-based independent music department, which counts agencies and brands as its clients, has named Riggio as its new Creative Director and Partner. He joins the shop from his own original music and sound design studio, So Loud Music. Groove Guild was founded in July of 2013 by Mike Boris, who holds the title Creative Head of Production, and Al Risi, Head of Music Supervision & Licensing.

Riggio brings a diverse background to Groove Guild. A graduate of the Berklee School in Boston, where he majored in film composition and scoring, he parlayed a summer internship back in the mid-90s into a full time composing position with Big Foote Music in New York.  During this time he worked his way up the rungs of the ad music biz, including stints as engineer, producer, sound designer, composer and creative director.

In 2005 he launched So Loud Music, where he’s created music for some of the world’s biggest brands including American Express, BMW, Verizon, LG, MasterCard and Smirnoff.  While Riggio will be concentrating his time as Creative Director at Groove Guild, So Loud Music will continue to operate as an independent music studio.

“As our new Creative Director, Paul brings composing and arranging and producing chops, which are invaluable,” says Boris.  “A good music producer adds to the creative process. Having Paul on board lets us explore more ideas for clients and really focus on the creative aspect of a project.”

“Paul’s presence enables us to collaborate better with bands and artists who might not be used to the business of advertising,” adds Risi, “and his experience as both a composer and a music company owner helps him better understand the needs of the independent music houses we all love and work with.”

In addition to his work as a composer and producer, Riggio also possesses an entrepreneurial streak; for example, in 2009 he combined his passions for music and new technology to create www.TuneSpring.com, a platform designed to aid in the online music sync market.

Since its launch, Groove Guild has collaborated with DAVID (the Ogilvy spinoff agency with offices in South America) on a global project for Coca-Cola, as well as with Johannes Leonardo on spots for Google and Sprite. Other projects include Jamaica Tourism for Draft FCB and work for Havas, McCann and other shops.

The company was established by Boris and Risi to function just as an ad agency music department would – no surprise, given their combined backgrounds. Boris is a veteran agency music producer who comes to Groove Guild from positions at O&M and Bates and nearly a decade as SVP, Head of Music at McCann’s New York office. A percussionist, he got his start in the business behind the mixing board, working as an engineer at the legendary Edison Studios before moving to JSM Music, where he eventually began to produce.

As an independent music consultant and producer, Boris has worked for such agencies as Havas, Y&R, Saatchi, Digitas, Team One, and  JWT, and for such brands as Weight Watchers, Kohl’s, Barney’s, and Estee Lauder, among others.

Risi’s career began at Universal Music Group, where he started as an intern. During his seven years with the label he helped develop the careers of Beck, Eminem, Counting Crows, Blink 182 and Weezer, to name a few. He later worked at EMI’s Higher Octave Music label, where he oversaw marketing activity, before joining Elias Arts in 2004 as Director of Business Development. That was followed by stints at Primary Wave Music Publishing, Pulse Music/Thinkmusic.com and Massive Music.

Risi combined his background on both the advertising music company and music label sides of the business when he launched music representation company ARMM in ’08.  The service, which continues to work with artists and labels, has handled placements for such brands as Samsung, Toyota, VW, Google, Bacardi, HBO, Trident, and Lowes.

“When we say Groove Guild is a music department, not a music house, we have a little educating to do,” says Boris.  “We function just as ad agency music departments do. Agencies or brands can hire us to handle their music and sound from start to finish: to execute original music ideas internally; to hire and produce outside talent such as artists, composers and music houses, to explore and negotiate licensing options; and to execute revisions in order to tailor music and sound design to picture.”

The company also includes Janice Brown as part of its team; an experienced music producer, she serves as Production Manager.  In addition to her work with Groove Guild, Brown also writes about trends in the music industry on her popular web site, Sonic Scoop