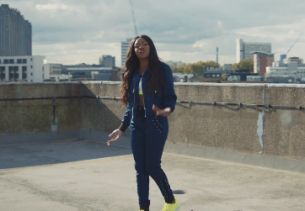 More people from black and Asian communities are needed to donate blood and register as organ donors. Less than 3% of people who have given blood in England in the last 12 months come from those communities. People from these communities are more likely to have rarer blood types and conditions like Sickle Cell Disease, which require regular blood transfusions. Blood from donors with a similar ethnic background gives the best match and outcomes in the long term.

With this in mind, NHS Blood and Transplant has formed a unique and ground-breaking partnership with MOBO as part of its MOBO Season. Now in its 21st year, MOBO continues to motivate, elevate and celebrate excellence, through a series of agenda-setting cultural events and pivotal partnerships leading up to and beyond the MOBO Awards which, this year, will take place on Friday 4th November 2016 at Glasgow’s SSE Hydro, broadcast live on ITV2 and repeated on ITV.

Kanya King MBE, Founder and CEO of the MOBO Organisation explains: “MOBO has always had a social and cultural responsibility beyond the parameters of music, so we are proud to offer our platform and voice to play a part in delivering this important blood donation message that is fronted by talented MOBO Award nominee Lady Leshurr. With people from black and Asian communities more likely to have rare blood types, it is vital that we step forward and ensure we are represented in donor centres. By becoming a blood donor, you can become a lifelong lifesaver. It’s time to change. It’s time to represent.”

The video ‘Represent’ was filmed on location by director Rohan Blair-Mangat for Iconoclast. The online spot features a song written and performed by artist and producer Melesha O’Garro, aka Lady Leshurr, creator of the Queen's Speech freestyle series and nominee for Best Female Act at this year’s MOBO Awards. Recited from a rooftop, Lady Leshurr encourages and inspires with her ‘Represent’ rap and calls out “We all gotta take some time to make it right. We gotta take some time, give blood, save a life.”

Also featured in the film are:

Nadine Eaton, Head of National Campaigns for Blood Donation at NHS Blood and Transplant, comments: “With the UK population becoming increasing diverse, and yet only three per cent of our current blood donors being of black or Asian heritage, there is a real need for us to inspire more people from these communities, especially the younger generations, to give blood. We hope by partnering with the MOBO Awards and engaging with key role models and influencers from within the BAME community we can highlight the importance of blood donation and motivate more people from these communities to book an appointment and help save lives.”

Richard Denney, MullenLowe London ECD comments: “When you see a statistic as shocking as the one in this film our job becomes clear. It’s not just to advertise our clients, but to use creativity to reach a community that aren’t otherwise engaged and inspire them, with the simple act of registering and giving blood, to save lives.”

The online film launches on 27 October and will be supported by a social campaign partnership between NHS Blood and Transplant and the MOBO Awards.

In general, as long as you are fit and healthy, weigh over 7 stone 12 lbs (50kg) and are aged between 17 and 66 (up to 70 if you have given blood before) you should be able to give blood. If you are over 70, you need to have given blood in the last two years to continue donating.